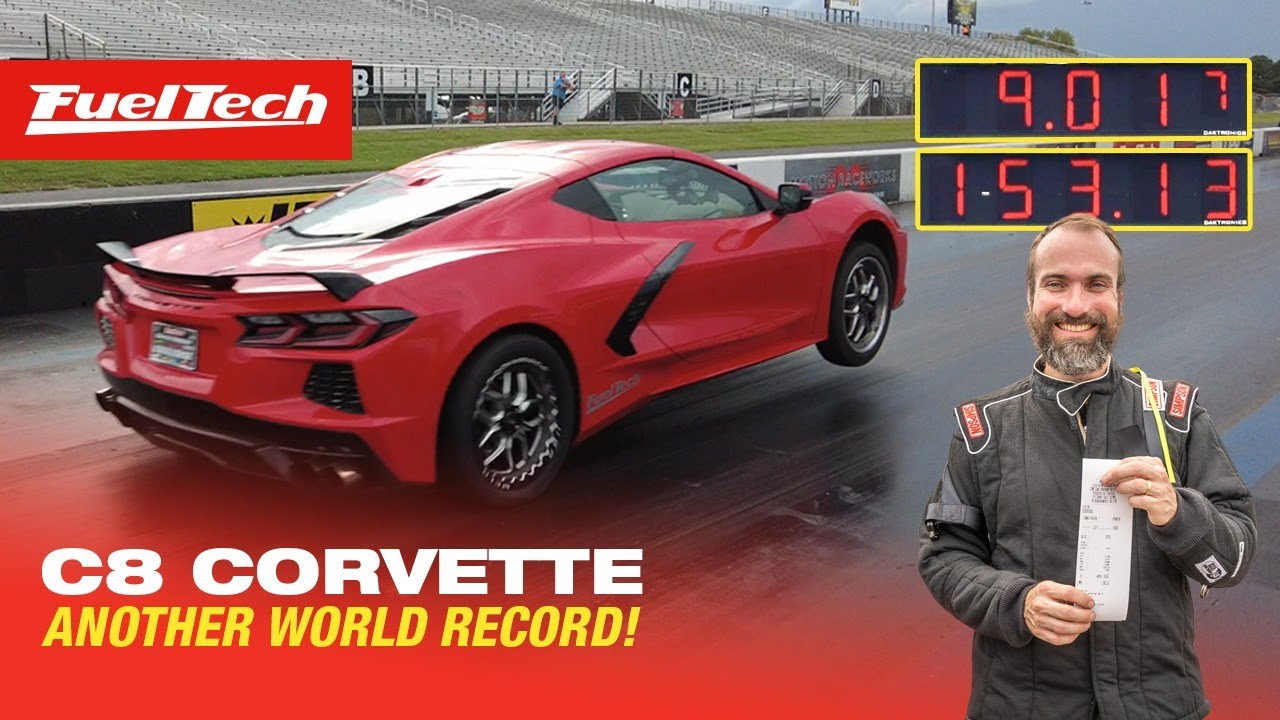 The last time that we caught up with the crew at FuelTech and their C8 Corvette project, a record was in the making. After the car had some fine-tuning done that really got the twin-turbo system dialed in, the C8 hit the FuelTech hub dyno and was able to lay down 1,350 WHP which was enough for a C8 platform world record.

However, as any racer will tell you, horsepower numbers can only take you so far. At the end of the day, they can be impressive but what really matters is how exactly the car is going to perform in the real world. After all, power is nothing if the car doesn’t have the real-world performance to back it all up.

This time, we check in yet again with the FuelTech C8 as it heads to the track to attempt to translate the dyno pulls to the real world.

FuelTech owner, Anderson Dick, and his crew have been working hard to dial in certain aspects of the car. Making power is one thing but where they really seem to take pride is in being able to control that power. Anyone can slap a couple of turbos on an engine. Really being able to get it dialed in like this, though, seems to be a little bit more of an art form.

Down in the video below, we get to see not only the pair of turbos going to work but also how the newly installed clutches and FuelTech electronics bring the whole operation together reliably.

*Spoiler Alert* Not only was the combination good enough to go out and set a new world record. Perhaps more importantly, it was good enough to make similar passes several times in a row. The record is incredibly awesome. Being able to consistently knock home similar passes really speaks volumes about the type of build that the FuelTech C8 has become.

Could the 8-second range be right around the corner? We would certainly guess so.