Next Fast and Furious Film Likely Heading Back to the Streets, Long-Time Director Suddenly Quits 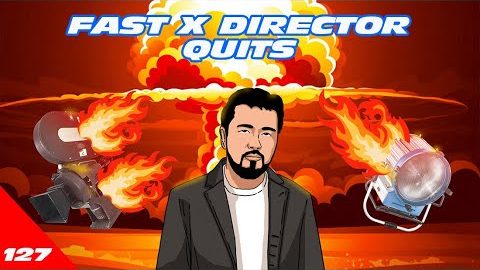 In what many saw as a pretty surprising move, Fast and Furious franchise director, Justin Lin, decided to call it quits after 10 years and five films. The timing was rather odd as the filming and production of Fast X has officially started with the movie scheduled to drop May 2023.

It seems as if Lin will be departing from the franchise due to creative differences. In a recent post, Vin Diesel had talked about how he would like to take the series back to its roots. It’s absolutely no secret that the franchise has drifted pretty far away from those roots of street racers stealing VCRs.

In the recent renditions of the franchise, the films really feel like spy movies that just happen to have awesome cars in them. Conversely, back in the early days, the stories were entirely about cars and race culture which has been thrown out the window recently.

Most guesses seem to think that Lin wanted to proceed in the direction that the films were going as they continued to make more and more money for the studio. The same line of thinking seems to insist that he was overruled as others want to take the franchise in a different direction, possibly back to the roots if Vin Diesel gets what he has publicly said that he wants. Lin has also said that he was feeling a little bit of franchise burnout as well.

Down in the video below, we get a detailed breakdown of the situation from the one and only Craig Lieberman. Lieberman is an insider of sorts when it comes to Fast and Furious films. While he can’t 100% put his finger on exactly what happened, he seems to have a pretty good idea of what might’ve been going on behind the scenes to lead this decade-long producer away from the film.

It also leads us to wonder if the franchise will finally end up going back to the streets. The groundwork has certainly been put in place to suggest just that.