So Your Girlfriend Wants To Drive Your Shelby Cobra Next Time Say No! 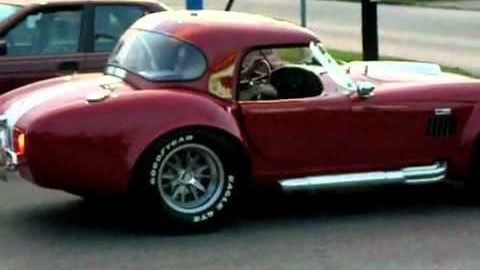 As someone who owns a powerful vehicle that has any sort of value to you, you’re probably pretty careful about who you toss the keys to. While, to some people, letting someone else drive your car isn’t necessarily a big deal, if you have a sports car that requires a little bit of experience to be able to handle, you’re not necessarily going to be as free throw those keys to just anyone. However, it seems like the owner of this Shelby Cobra decided that he was safe in tossing the keys to a woman who was allegedly his girlfriend at the time when things went wrong.

If you watch this one from the beginning, you can almost tell that she’s going to have some issues driving this thing as the signs pop up almost immediately when she’s trying to back out of the driveway and the car ends up chirping tires a little bit which would lead to what we may presume as be an inability to drive a vehicle like this. Once she gets going, things just continue to get worse as the attempt turns from something that might be a little bit clunky to an all-out failure altogether. Honestly, this was a little bit painful to watch as she simply fails straight off of the bat, not even making it off of the street as it’s all downhill from the beginning.

If you follow along down the video below that is pretty much as old as the internet, you’ll get to experience a situation with a performance car that is really going to make you think twice next time that you let somebody else drive your car. You’ve got to feel bad for this poor girl as this video has gone viral over and over again b