With many athletes, becoming a professional is a massive change in lifestyle. Aside ...

With many athletes, becoming a professional is a massive change in lifestyle. Aside from the very few who come from a background of money, pretty much every pro athlete is shooting straight up the financial ladder. This might seem like a good thing and for most, it is. However, when quickly moving from extreme poverty all the way to 1%, things can get a little bit confusing.

In fact, there are people whose sole job it is to help educate athletes on just that concept. Even number one overall draft picks have found ways to blow their millions and end up out of the league just a couple of years later. Because of this, some of them might’ve even found a way to be worse off than they were when they started. Piling up big mounds of debt is okay when you have millions of dollars coming in. However, when those millions quickly go away, things can end up not quite panning out in the athlete’s favor.

Jacksonville Jaguar’s quarterback, Gardner Minshew, wasn’t a first-round pick. He didn’t earn millions right away. In fact, the rookie fell all the way to the sixth round which is next to last. However, being signed to an NFL team is almost always a high dollar proposition.

Spotrac.com Estimates that he is worth over $600,000 per year on his rookie deal alone. Even though it’s not the $23.6 million bonus that the number 1 pick yielded this year, it’s enough to change a life. Minshew, however, doesn’t seem to be the one to go out and spend it all in one shot. Instead, he has been hanging on to his roots and living life very much as it was. “Modest” is a good way to put it.

For starters, Minshew still drives the used Acura that his parents bought him back in high school. In an interview with CNBC, Minshew’s mother says that he didn’t even spend his signing bonus until he saw his name on a roster. While some might count such a bonus as money in the bank, Minshew realized that a battle through training camp meant it might not be as guaranteed as most might think. The odds that he would land on an NFL roster somewhere seemed pretty promising. Minshew definitely wasn’t counting his eggs before they hatched, though.

If his play these days indicates his future contracts, Minshew’s bank account might just end up growing even more. When it does, it leads us to wonder if a guy getting paid like a starting QB can stick it out with an old Acura. Only time will tell. What we do know now, though, is that maybe more athletes should follow Minshew’s lead.

Checking Out the NBA's Most Expensive Car Collections 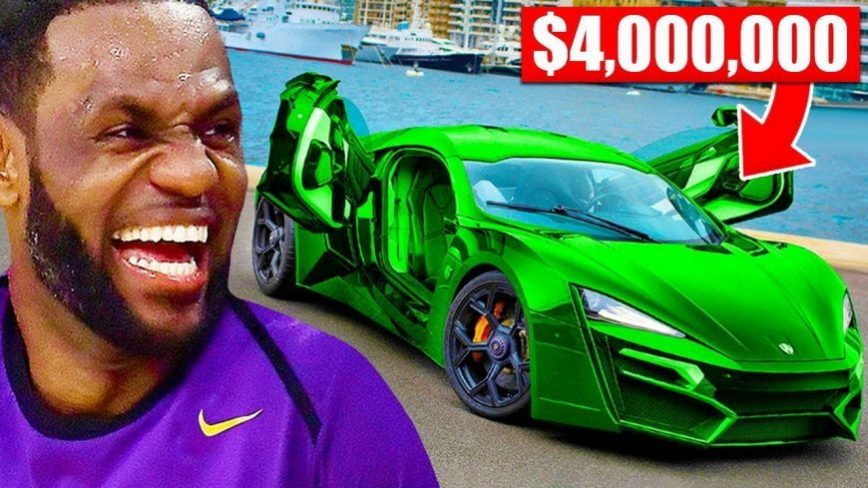