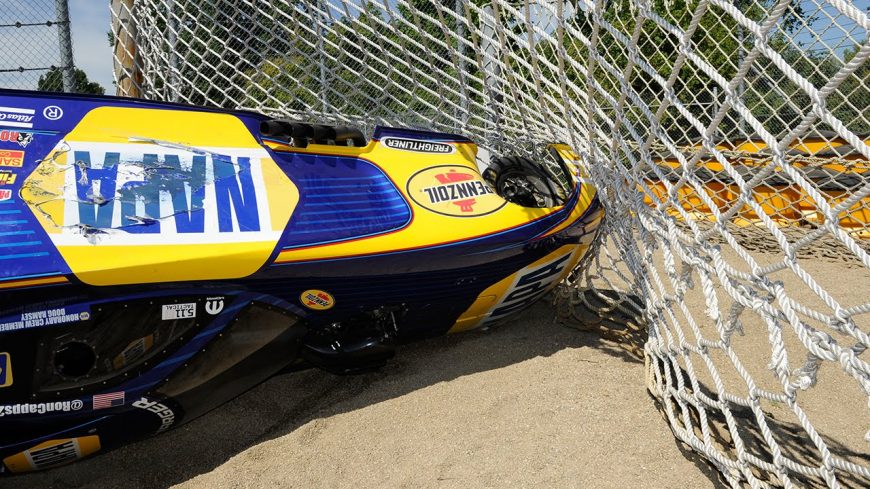 When it comes to racing associations like the NHRA, these guys are all about their safety equipment which is a good thing because it keeps drivers out of harm’s way or at least attempts to.

However, just as any other manufactured parts, safety equipment has its pitfalls as well where it simply malfunctions and fails to cooperate.

This time, after a 324 mph pass out of Ron Capps, taking out John force in the first round of the Traxxas Nitro Shootout, Capps’s parachute would fail to deploy, leaving him at the liberty of momentum.

That has to be the most gut wrenching feeling in the world as the driver was traveling over 300 mph after accelerating there in only a quarter mile and found that he had no means of coming to a stop aside from a brutal sandpit that serves as a last resort.

Even though the sand forced the car to roll over, the driver was out of the machine and appeared to be free of any major injury. That one had to be the ride of a lifetime in the worst way possible, though.