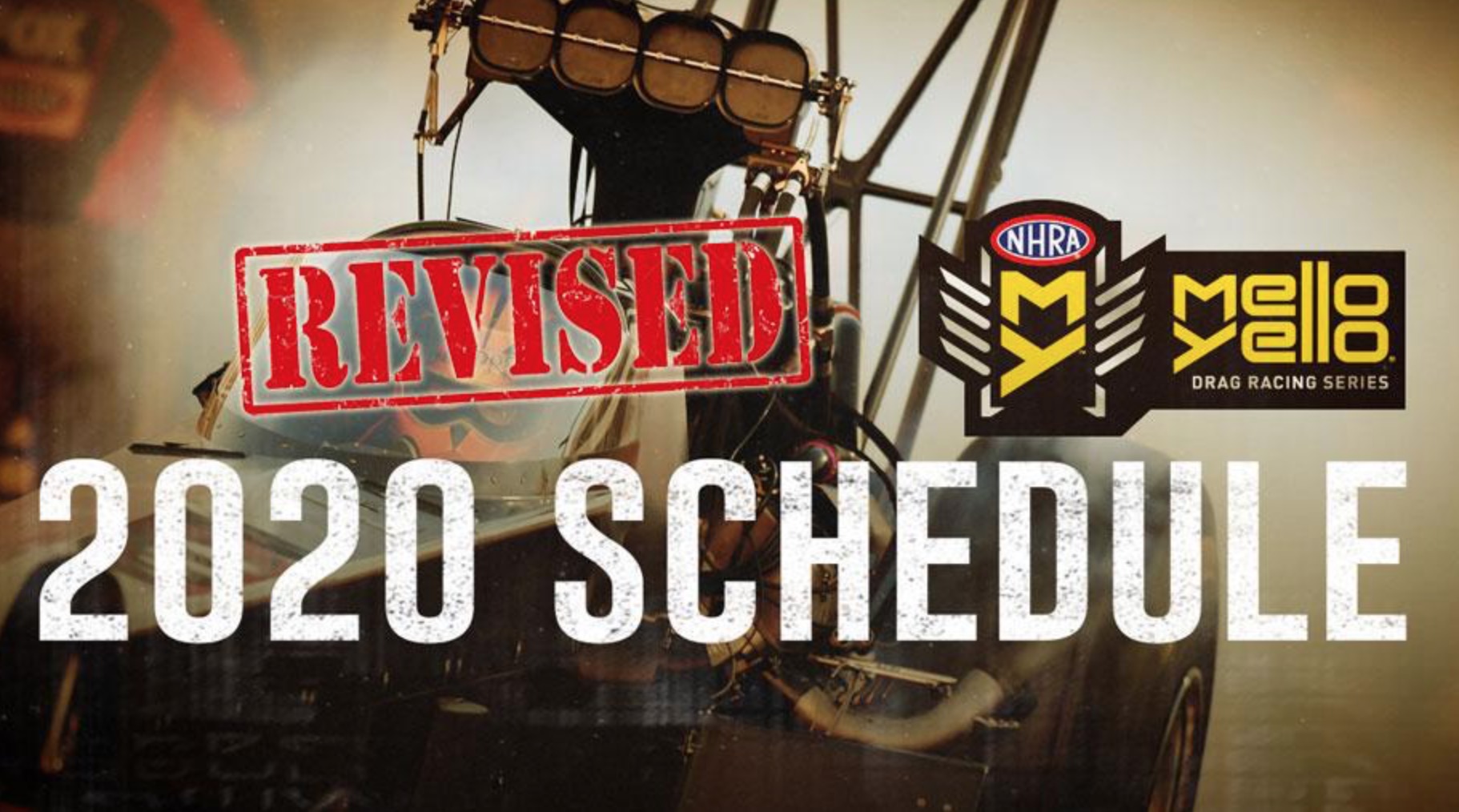 It seems like pretty much all forms of live entertainment here in America have been put on hold. While we continue to grapple with the COVID-19 virus, all that we really can do is look toward the future.

The NHRA has suspended all of their events and closed down their track for the time being. However, they have released the latest version of a schedule for a best-case scenario. In other words, if we were to be able to see an end date for this pandemic in the near future, this is likely what NHRA racing would look like.

Right now, NHRA suspects that early June will be their start date.  Obviously, this is going to be tentative. However, June 5-7 with the Amalie Motor Oil NHRA Gatornationals at Gainesville Raceway looks like the kickoff.

The NHRA tells us “The season will conclude with the crowning of the Mello Yello Drag Racing Series champions November 13-15 at the Auto Club Finals at Auto Club Raceway in Pomona.”

They continue “The revised schedule will consist of 19 total events, with 17 of those events being contested when the series resumes in June. Six of these events will be condensed to two-day competition schedules for the Mello Yello Drag Racing Series classes due to economic and logistical factors. As a result of the compressed schedule, points will not be reset after the U.S. Nationals at Lucas Oil Raceway. NHRA has held two make-up dates on the calendar in case there are further delays.”

In other words, five events are due to be dropped along with the NHRA’s “Countdown to the Championship” points structure. For those who don’t recall, the Countdown would have the points reset after the U.S. Nationals. The change was designed to tighten up the field but was met with a bit of controversy as several racers spoke out against the format.

The NHRA also announced that other racing schedules will be announced soon.

The schedule, as reported by the NHRA website, is currently as follows.

« Cutting Off an Innocent Ford Explorer is Never a Good Idea Because it Might Be a Cop!