NHRA World Champion Retires at Most Successful Point of Career

NHRA World Champion Retires at Most Successful Point of Career

Troy Coughlin is hanging up his firesuit, walking away as most hope to do: as a ...

Troy Coughlin is hanging up his firesuit, walking away as most hope to do: as a champion. After winning the 2017 J&A Services Pro Mod world championship, the second-oldest son of JEG’S founder Jeg Coughlin Sr. announced that he is stepping away from the driver’s seat, although he wouldn’t rule out possibly returning to the sportsman ranks at some point in the future.

Over the past six years, Coughlin has either won or finished second in the NHRA Pro Mod points championship, winning three world titles – 2012, 2015, and 2017 – and bringing home 11 race wins and 12 runner-ups in that span. Add to that total his three wins in Pro Stock and a single national event win in Super Gas and his total tally for career race victories is 15.

Speaking with NHRA.com on his retirement, Coughlin pointed out that his children have began their careers, and his involvement in their journey will keep him active in the sport, though he’ll be able to better focus on building JEGS, which he now owns with his three brothers.

“We also have a new CEO at JEGS, Jeff Hennion, and I’m eager to spend more time with him and my brothers as we take the company forward. As thankful as I am for everything that’s happened up until now, I’m equally excited about what the future holds.” Said Coughlin in his NHRA interview.

“Steve Petty pointed out something really neat. He said, ‘Big daddy, you’re going out on top. Not many people get to do that so it’s really special.’ He’s right. I’ve been drag racing for a long time, some 32 years now, and I’ve far exceeded any dreams I could have had when I started.” added Coughlin. “It’s been an incredibly fun ride and the success we’ve enjoyed over the years is something we’ll always cherish.”

Discussing the timing of the announcement, Troy said “I’ve been thinking about this for a while now and I’m certain I’m making the right choice. I remember years ago when my dad (Jeg Coughlin Sr.) told us he was going to quit driving and we begged him not to because we loved racing with him so much. He simply said, ‘Someday you’ll understand.’ Now I do.”

It’s not been revealed who, if anybody, will step into the driver’s seat of the JEGS 2017 Corvette vacated by Coughlin, though I wouldn’t be at all surprised to see the Coughlin last name remaining on the window, as the whole family consists of talented racers. Congratulations to Troy on ending his illustrious career on top and we wish him all the best on the next stage in his journey. 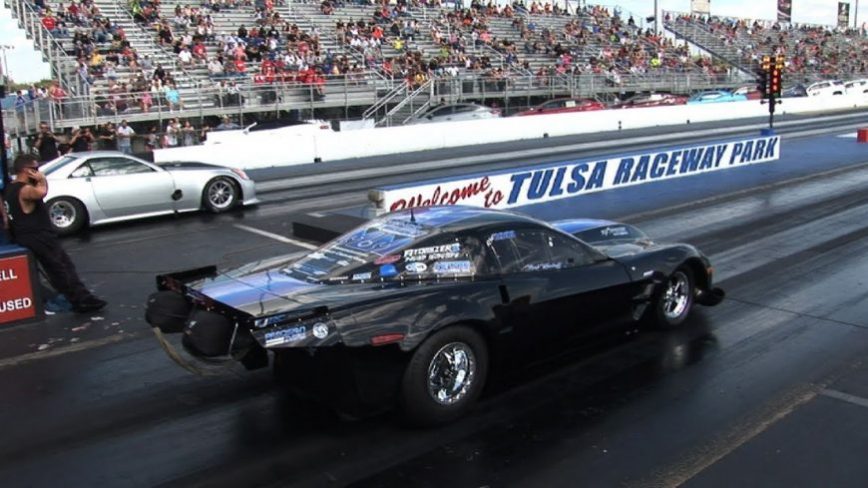