NHRA’s Most Iconic Moment: Tom “the Mongoose” McEwen Defeats Don “the Snake” Prudhomme at the U.S. Nationals in 1978.

NHRA’s Most Iconic Moment: Tom “the Mongoose” McEwen Defeats Don “the Snake” Prudhomme at the U.S. Nationals in 1978.

One of my earliest memories of drag racing is watching those Diamond P videos that ...

One of my earliest memories of drag racing is watching those Diamond P videos that came as part of my dad’s annual NHRA Membership package. I don’t remember them all, but there are some key moments in the history of the sport that were revisited in those video cassettes that just really embedded themselves in my young mind.

One such moment was the very video you see below, the epic Funny Car final round at the US Nationals all the way back in 1978. After nearly two decades as rivals and friends, Tom “the Mongoose” McEwen and Don “the Snake” Prudhomme faced off in what would stand as one of the most iconic final rounds in US Nationals history.

For all their colorful banter and seemingly intense rivalry, Prudhomme and McEwen were actually good friends and worked well as a team, with Prudhomme’s penchant for always having one of the quickest cars in the class and McEwen’s ability to talk up the rivalry and get the fans worked into a frenzy. Prudhomme was known as the Big Dog, while McEwen was the showman, and the two made it work well, building a rivalry that grew so big that even toymaker Mattel built a line of drag racing toys centered around the two icons.

With McEwen’s passing earlier this week, much has been said about him and his undeniable impact on the sport we love. His gift of gab and promotional wizardry served to grow and richen the sport as a whole, helping push drag racing to a national prominence it had not seen before.

As we mourn the passing of the Mongoose, I hope we can all appreciate what a good rivalry does for any sport. Every sport on the planet is driven by rivalries, some that run for decades and others that spring up for a shorter time. In the 90’s, there was the Bulls and the Pistons in the NBA, before that the Lakers and the Celtics. In the NFL, you have the Cowboys and Redskins and the Patriots vs well… everybody. In baseball, there’s the Yankees and the Red Sox and the Rangers vs the Astros. Plus lot’s not forget some of the biggest rivalries there are that exist in the college football realm. Ohio State/Michigan, Florida/Georgia, Notre Dame/USC and of course, the most intense rivalry in the entire world (maybe showing my Crimson pride a bit here), Alabama vs Auburn.

Annually, these rivalries are renewed and spur literally millions of dollars in apparel sales and infinite online chatter from both sides. This is something I feel our sport needs to embrace. While I can respect the need to keep things on a professional level to keep the sponsors, which do feed our sport on every level, happy, squashing beef between drivers and not letting them play it out for a bit really dampens what could be a huge selling point. If we learned nothing from the late Tom McEwen, let it be the value of a good, healthy, but organic rivalry.

It's one of the NHRA's most ionic moments in one of most iconic rivalries: Tom “the Mongoose” McEwen defeats Don "the Snake" Prudhomme at the U.S. Nationals in 1978. #tbt

Funny Car Legend Tom "Mongoose" McEwen Has Passed Away at 81 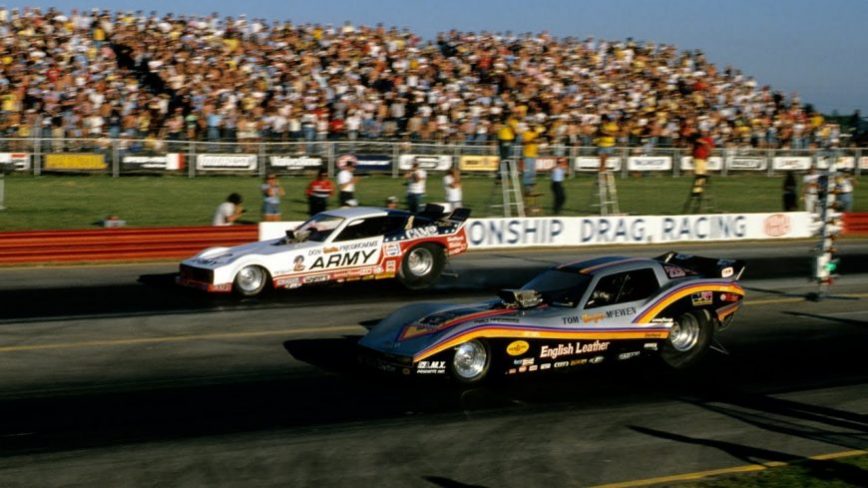