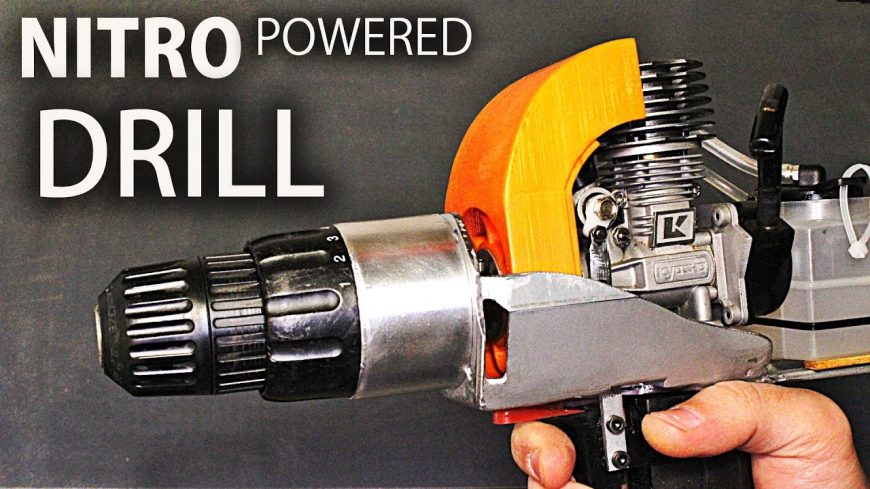 Have you ever held a power tool in your hand and wished that it had a little bit more backbone to get the job at hand done? Well, it appears as if this guy has and he isn’t just standing by and using the underpowered tool, he’s doing something about it.

Instead of just getting rid of this drill or buying something else with more power, he decided to go to work, modifying the drill so that it could be exactly what he wanted to be. By replacing the drill’s motor with a nitro engine, the person behind this mystical machine would have a new means of power!

When we see the drill in action, we can’t help but want to try this thing out for ourselves. A little hands on experience with something like this would probably be quite a good time. I can definitely see something like this being useful behind garage doors.

Check out the video below that shows this nitro powered drill in action and also takes the liberty of laying out exactly how one would go about converting the power source of such a tool. What do you think of this nitro drill? Would you find use for this in your garage?