While drag racing, you will see a lot of things over the years that qualify as ...

While drag racing, you will see a lot of things over the years that qualify as impressive firsts. There are the firsts that are pretty common like seeing your first wheelie, first nitrous backfire or even making your way down the strip to your very own first victory. As you spend more time near the strip, the number of firsts that you experience will become less and less common. As people who feature drag racing contests day in and day out, we have to say that we thought that we had seen just about everything but when you think that way, you’re almost always asking to be proven wrong.

This time, we follow along with the JMalcom2004 video that takes us to the drag strip for a little bit of G-body action. If you’ve ever seen one of these cars putting in a hard day’s work at the strip, you know that when gearheads get their hands on them, they can be tweaked and tuned in every last way in order to become the machines that dreams are made out of on the drag strip. This time, we check out the G-body that definitely looks to be a substantial competitor on the racing surface but its performance ability isn’t exactly what made it stick out from the crowd on this particular night.

If you follow along down in the video below, you’ll be able to ride along for quite the crazy ride as the old-school GM product launches swiftly off the line, so strongly, in fact, that the car’s rear quarter panel ends up folding in on itself. Normally, body damage won’t happen unless the vehicle collides into some sort of the other hard object but this time, a cocktail of traction and torque was the facilitator that made the body panel give in under the weight of the car.

Some people might see this as a negative but personally, I would take this as newfound bragging rights. How many people can say that their car is so powerful that it bends body panels? 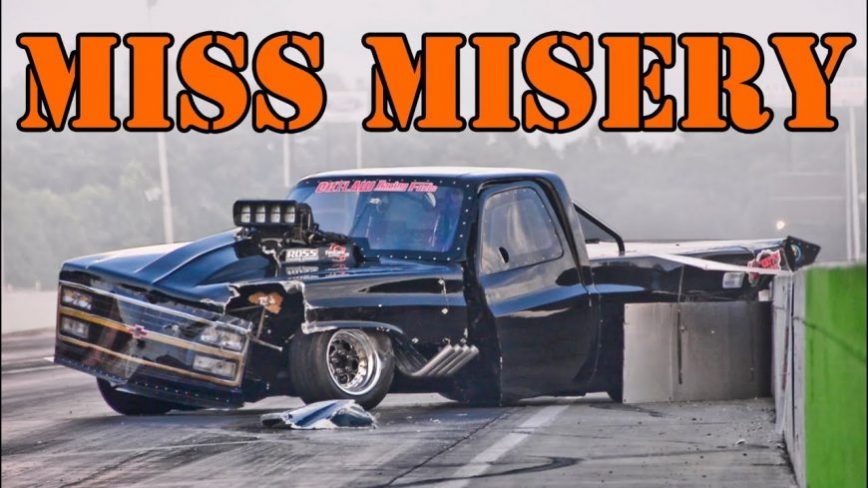