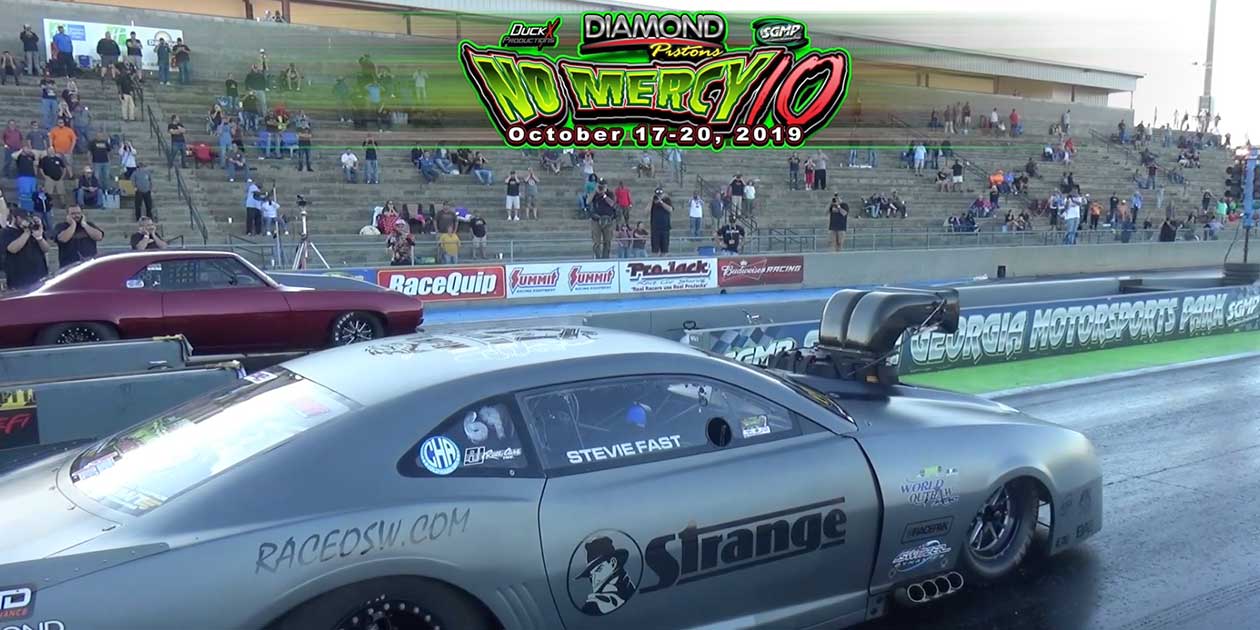 Just about every event put on by DuckX Productions is bound to be a wild one. This past weekend’s No Mercy 10 was certainly no different. The battle managed to succeed to deliver on a variety of different levels. With big storms rolling in, it was questionable on if they’d ever be able to get to eliminations. However, the weather would be just friendly enough to allow racers to do their thing on the track at SGMP. When the final eliminations pulled into the staging lanes, we knew that we were in for quite the finish.

This year, at No Mercy, there were definitely a lot of storylines in play. We’re sure that certain competitors remained rather confident going into the final round, even though they knew that they were underdogs. After all, some of the biggest names in racing would find their way to the final round.

After a long couple of days of competition, nobody was going to throw in the towel. Because of that, we definitely had some hard-hitting final round action to sink our teeth into. It seems as if no effort was spared in the push for the finish line. Every competitor was ready to take on the next, no matter who it was.

This time, we take the opportunity to relive every final round. Some of these races, we saw coming. However, on the other hand, there were certainly some winners that would prove to be incredible underdogs. There’s just something about the feeling when these cars roll to the line that reminds us of what drag racing is all about. It also shows just why everyone has their eyes feasted on this event every time it comes around.

Straight Line Media let the cameras roll as to give us the best seat in the house. Grab your popcorn because things just got real!

« Twin Turbo Full-Size Truck Hits The Track And Gets Down