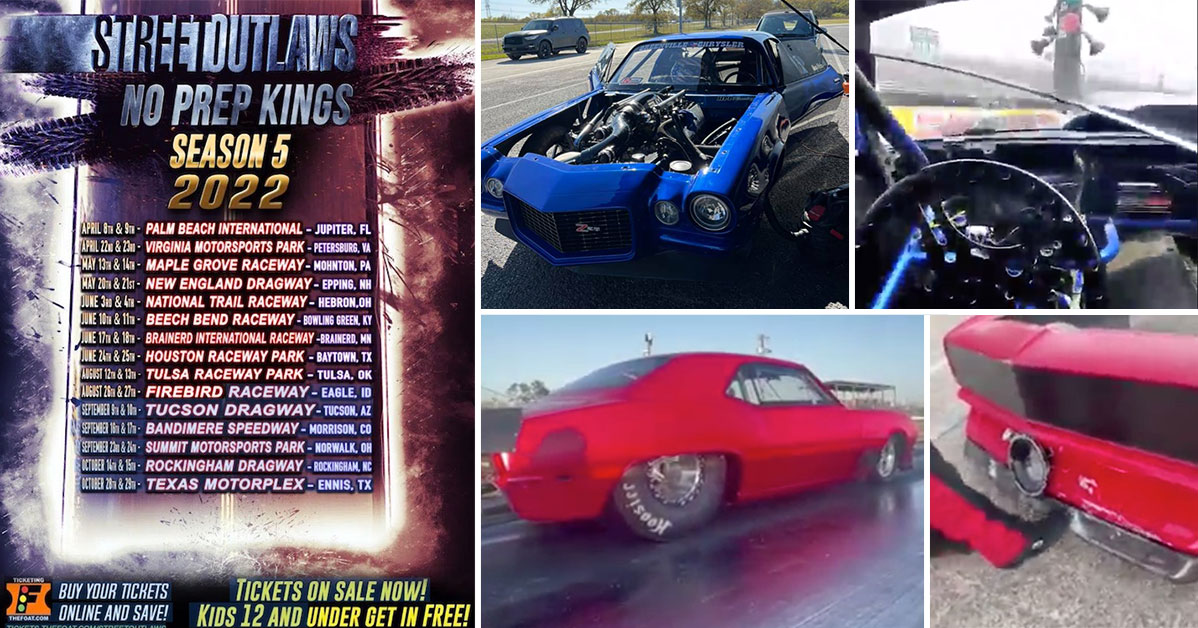 The Street Outlaws “No Prep Kings” series announced its season five schedule, which will feature 15 races from early April through the end of October. The tour will visit a number of returning venues, both from last year and previous seasons, spanning 13 states in all.

The series will kick off April 8-9 at Jupiter, Florida’s Palm Beach International Raceway before moving to the Virginia Motorsports Park on April 22-23. Maple Grove Raceway the weekend of May 13-14 will kick off a long stretch of races with few breaks, including New England Dragway May 20-21, National Trail Raceway June 3-4, Beech Bend Raceway Park June 10-11, Brainerd International Raceway (a new venue for the series) June 17-18, and Houston Raceway Park June 24-25. 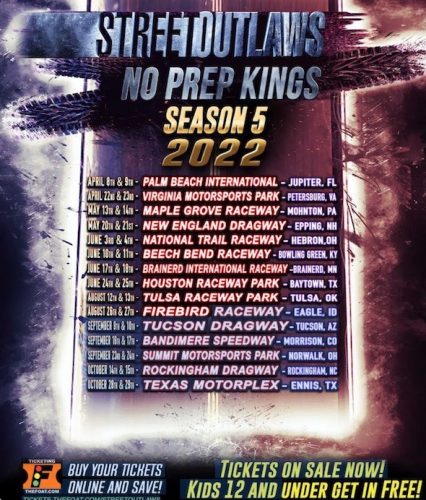 The series will take a six-week break, including the entire month of July, before returning to action at Tulsa Raceway Park August 12-13, Firebird Raceway August 26-27, Tucson Dragway September 9-10, Bandimere Speedway September 16-17, Summit Motorsports Park September 23-24, Rockingham Dragway October 14-15, and concluding at the Texas Motorplex on the weekend of October 29-29. 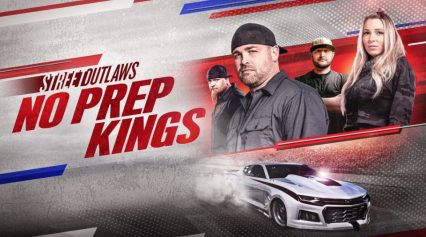 James Goad aka “Reaper SS” was making an appearance at the North Florida Motorplex in Fountain, Florida. While he was making a test pass on Sunday evening, he crashed the new “Fancy” car into the wall. Thankfully no injuries were incurred.

Team Texas driver Eric Bains piloting “Boosted Ego” for the new season 5 of No Prep Kings had an unfortunate accident while testing yesterday afternoon. Bains shared that he did in fact crash into the Christmas tree at the track, right off the line. Check out the video below.

Season five will feature a number of great storylines, including world-class new cars and engines from a number of competitors, the debut of JEGS family member Paige Coughlin to the tour, and Ryan Martin’s quest to three-peat as the series champion, to name a few. Credit via Andrew Wolf/ Dragzine.