Not Everyday You Come Across a GT350 Shelby Mustang!

Not Everyday You Come Across a GT350 Shelby Mustang!

Buying and selling cars isn’t as black-and-white as it might seem. While all ...

Buying and selling cars isn’t as black-and-white as it might seem. While all the items on the shelf at your local retail store might have a fixed price, there’s certainly an art and a science that go into negotiating the price of a used car. Even though a car might have what’s known as a “blue book value” or a value loosely based on what the market should bring for the car, every machine has its ups and downs whether they exist because of the condition of the car, original factory features, or something else. To add on to these ups and downs, the market generally does whatever it wants anyway! Because of these extra factors being thrown into the mix, it’s up to the buyer and the seller to go back and forth and negotiate the final price for the car and what it’s worth to them, figuring out exactly what the machine is worth in the current market conditions.

It turns out that, in this case, the topic of discussion is a 1968 GT350 Shelby Mustang. If you’re familiar with cars at all, you know that a find like this is pretty darn rare. In 1968 alone, they made less than 1100 GT350s.  As you can probably imagine, over the years, plenty have probably been crashed and rotted right into the ground, making these cars something that any collector would love to get their hands on so it turned out that Richard had to go check it out.

When Richard and Aaron got out to look at the car, the guys noticed that the car was pretty rough. It’s hard to expect something that old, that hasn’t really been worked on or kept up, to be nice and shiny as if it rolled out of the box and this one definitely wasn’t. However, As Richard saw some potential in it, he started to go back and forth with the owner, getting that original $35,000 asking price down to a cool $25,000.

While the car with need a lot of work, it seemed, to Richard, like a pretty good deal, especially when he headed back to the shop and found out what another restoration company that he knows of would be willing to pay for it as it sat. How much money did he stand to make without even touching the car at all? Check out the video below to find out for yourself. 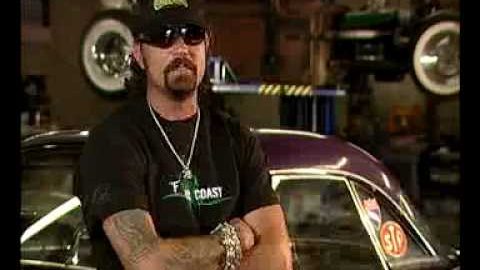