When we think about big power hot rods, the mind wanders to one place. It’s ...

When we think about big power hot rods, the mind wanders to one place. It’s usually some sort of growling V8 under the hood with some fat tires out back. This is because said V8 is accompanied by power to the rear wheels along. This time, though, we join in with Nelson Racing Engines in a display that changes everything we know about old school muscle.

In this one, we check out a 1967 Pontiac GTO. It’s a car with which most have found a way to love in one way or another. It seems to have found its way to be one of the most iconic cars in American muscle history, in fact. This one has more than a few curveballs in the architecture, though!

Now, instead of finding the engine under the hood, the car has been reconfigured. As the guys at NRE built this thing from the ground up, they decided to relocate the engine. Now, the 2500 hp twin turbo big block is sitting in the middle of the car. It mimics Italian supercars, in a way, but also delivers so much more than that.

In addition to the placement of the engine, we’re also seeing an all-wheel-drive system put in place. It doesn’t take an expert to figure out how this build is special! In fact, it takes one of our favorite components in a build like this, in the big power, but changes up just about everything else. It’s a formula that seems to have lots of challenges involved but the end product is sure to be a complete show stopper!

By following along down in the video below, we see the beginning of something awesome. To say that this 2500 hp GTO is unlike anything we’ve ever seen before would be an understatement. Everything from the independent suspension to the custom chassis is sure to be a one-off. We have to admit that the announcement of this project certainly has us more than excited! 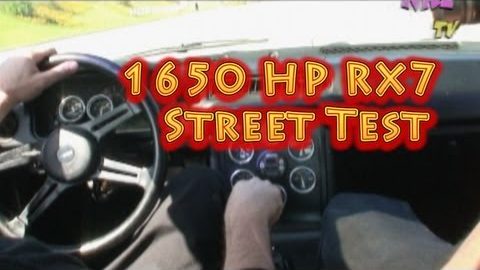