I was tempted to save this video for Monday because this is the perfect kind of video ...

I was tempted to save this video for Monday because this is the perfect kind of video for a crappy Monday morning when you just need something to make you laugh. That is assuming, of course, that none of you are featured in this particular video, because that wouldn’t be very funny at all, at least not for you.

What you’re about to watch is ten full minutes of footage from the infamous Nurburgring, the 13 mile monster of a road course in Nurburg, Germany. The track is considered to be the universal proving grounds for car and driver alike, with “Ring” times being the standard by which all cars are judged.

However, there are days when the Nurburgring is open to the public, and people come from far and wide to test their car, and themselves, against the famed track. As you would imagine, on a track that’s 13 miles long and that features both insanely high-speed sections and tight, precise corners, as well as several hundred feet in elevation change. There are often times when parts of the track will be sunny and clear while others are covered by clouds and even being rained upon.

Most every day the track isn’t being used for a racing event, the general public is welcomed to take their car around the track. However, for obvious reasons, the track strongly discourages actual racing, intending instead for the locals to enjoy the historic facility and perhaps partaking in a little-spirited driving in the safer sections of the track. There are sections with speed limits that are enforced and when it’s open to the public, the whole track is actually not accessible, meaning one cannot make a complete lap for timing.

This doesn’t stop citizens from trying to push the boundaries, of course, with many timing themselves from the first bridge after the barriers to the last gantry, which has become known as BTG times, or bridge-to-gantry. I would be willing to bet most of these drivers in this video are making runs are a personal best BTG time when their mishaps occur, proving just how quickly things can go wrong on the Ring. 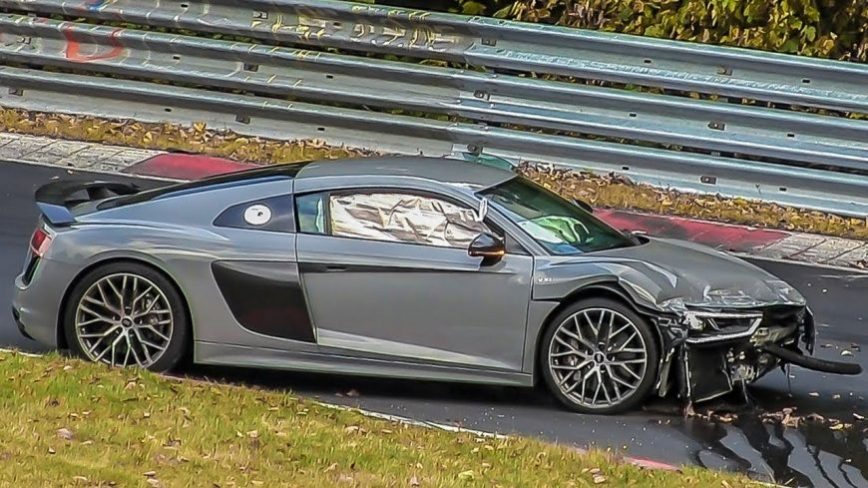