Nurse Saves Bikers After Crash, They Show up in Masses to Support Daughter’s Lemonade Stand

Nurse Saves Bikers After Crash, They Show up in Masses to Support Daughter’s Lemonade Stand

Around this time last year, Daryn Sturch and her daughter, Bryanne, stumbled upon a ...

Around this time last year, Daryn Sturch and her daughter, Bryanne, stumbled upon a bad accident with the Milwaukee Iron Biker Group. Daryn, a nurse, stopped to help as some were clearly critically injured. She would later reach out to the group on Facebook to see how they were all doing. Luckily, even the critically injured managed to survive. Following the incident, plenty of the bikers reached back out to show their gratitude.

Since then, Sturch comments that the unlikely meeting turned into a sort of friendship. She remarked that the bikers would occasionally reach out to make sure that she was doing ok.

In an unrelated situation, Daryn would post on social media that her daughter, Bryanne, had opened her own lemonade stand. This seems to be a symbol of ambition at a young age. Proud of her daughter, Daryn would post to social media but it wasn’t with the most positive of tones. After trying her hardest, Bryanne would be rained out. After seeing this post, the bikers had recommended that young Bryanne reopen her stand the following week. That was when they would just so happen to be in town.

The video below showcases just how much they appreciated the kind act from the Sturches. We’re sure that young Bryanne would’ve appreciated just a couple of the bikers showing up. However, the showing was much more than either of the ladies could’ve anticipated. These bikers were out in full force to support the lemonade stand and show their support for someone that showed a little bit of compassion. 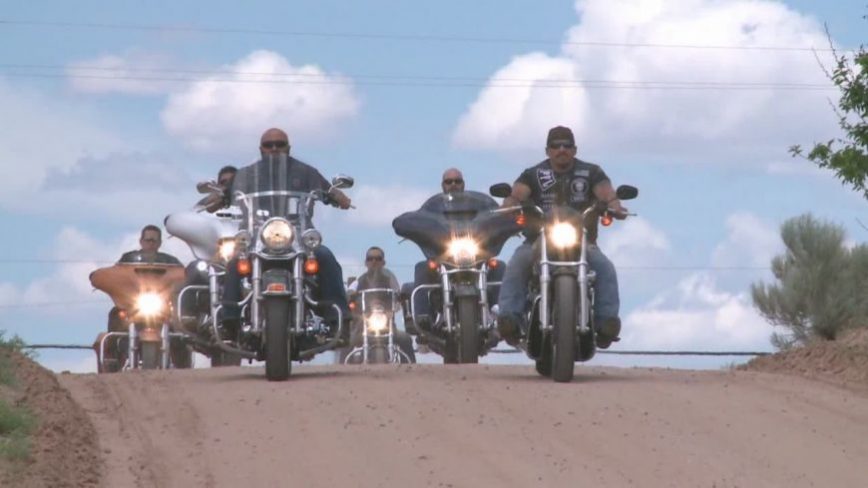