Cody From OCC Gifted a Bike on TV but Never Got it, They Ended up in Court 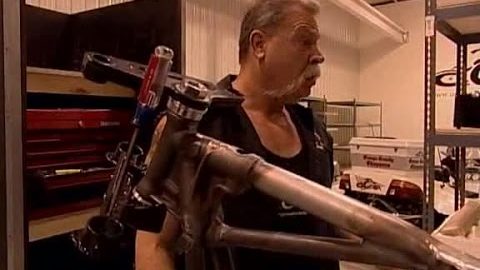 If your business blows up like the guys at Orange County Choppers, you had better make sure that you have yourself a good lawyer and if you’re working for a company that might not be doing you right, we would suggest exactly the same thing. You see, lots of things go on behind the scenes at shops like this, even the ones that aren’t pictured on television but, as television cameras poked around in these guys’ daily lives, it really made us interested to hear about some of the storylines that were going on behind the scenes.

As reported at the time in 2009 by TMZ, OCC employee, Cody Connelly would end up quitting the shop and suing them after reportedly never getting his chopper that was gifted to him during a moment on the show. Perhaps it was all just an act for the television cameras but Cody definitely didn’t think so. In addition, he would take to court the grievance of having never been paid for a third of the episodes that he appeared in. When all was said and done, he would be seeking $250,000 in damages. The lawsuit would contain charges of misappropriation of likeness, breach of contract and fraud when all was said and done.

To this day, it is rumored that Cody never did manage to get his hands on that chopper that created the heartfelt moment you see down below but, from a little bit of poking around, we learn that it would appear as if OCC and Connolly would end up settling out of court. For what amount of money, we can’t really sure but, for someone who had been considered “like a son” to Paul Sr, this situation definitely couldn’t have been one that either side wanted to trudge their way through but sometimes, I guess you just need to do what you need to do in the world of business dealings. Do you think that this was a genuine blunder or was this situation one that was just played like a fiddle for the sake of the TV cameras?