There are certain models that will come along without very much warning and just take ...

There are certain models that will come along without very much warning and just take over. These models will find their place at the top of the pecking order and simply dominate, setting a new benchmark for what it means to be the top dog.

While there had been rumblings about Ram releasing a high-performance off-road pickup truck, we aren’t quite sure that there were very many people who knew when or if it would ever come. However, when the Ram TRX finally made its debut, it would instantly shoot its way to the top of the segment.

Fast forward to late 2020 and even before the TRX has seen dealership lots, it’s already changing up what we thought we knew about the market. For example, the former segment horsepower leader in the Ford Raptor has been left to adjust. The rumor mill says that the truck that had since ditched its V8 option will once again pick up the extra cylinders with GT500 power moving into the Raptor the next year, giving the truck a rumored 750 hp.

As of now, it almost seems as if the automotive community has accepted the TRX as the benchmark for what it means to be a performance off-road truck. What that means going forward, it’s hard to say for sure as we don’t even know how exactly it’s going to pan out when tire meets the road or lack thereof. However, it’s definitely an exciting time to be alive for performance pickup truck enthusiasts.

This time, by following along with the video below, we find that The Fast Lane has taken it upon themselves to do a little bit of a comparison for us all, putting the TRX up against some of its closes competitors in the aforementioned Ford Raptor and Chevrolet Silverado Trail Boss. We even get a guest appearance from another Ram in the Rebel.

The Replacement for the Lightning is Here - The 2020 Shelby Super Snake F-150 is as Close as it Gets! 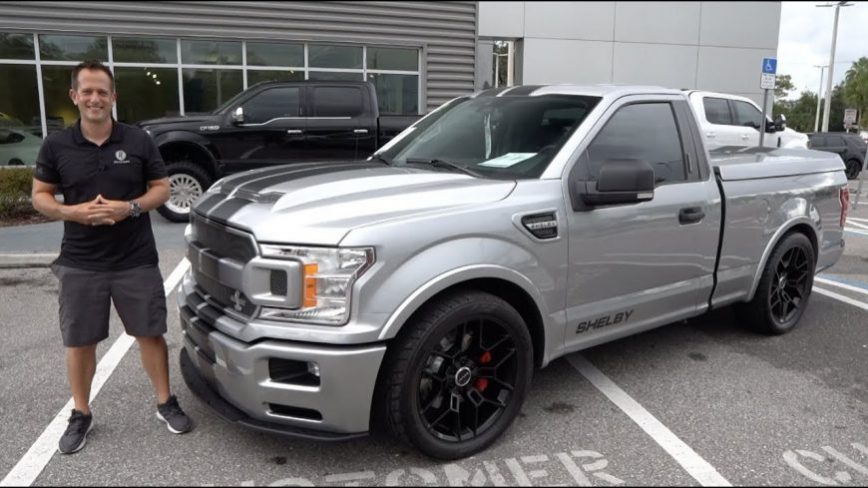