OG Murder Nova is BACK in Action at Outlaw Armageddon 6

OG Murder Nova is BACK in Action at Outlaw Armageddon 6

For those who have been dialed in to Murder Nova’s YouTube channel, they ...

For those who have been dialed in to Murder Nova’s YouTube channel, they might’ve seen a familiar face making its way back into the action. Over the past couple of weeks, Shawn has been bringing the OG Murder Nova up to speed. With a new engine combination, he would face a battle that many are familiar with. Sporting the revised 540 cubic inch combination, Shawn would have to go back to the drawing board a little bit.

Naturally, as a seasoned veteran, the racer has been through this game once or twice. That likely helped him out a little bit in his pursuit of perfection. However, the journey wouldn’t come without a couple of speed bumps along the way. After all, gathering data quickly can tend to be a challenge. However, it seems as if Shawn made the most of the challenge and really brought OG Murder Nova to a new level in a hurry.

This time, we check in with the latest action that has put the car to the test. In this one, we get to see just how good of a job Shawn has done at bringing the car to life. Long story short, things are looking great. When we consider the fact that this combination is still relatively new, it’s difficult to not be impressed by how big the strides are that the machine is making.

By following along with the video below, we get some much-needed adrenaline-pumping action. With lots of racing series forced into a hiatus because of the ongoing pandemic, it’s definitely good to see some familiar faces competing once again.

Is it just us or is everybody else excited to see the OG Murder Nova rolling down the track in action like this as well?

See it all yourself in the National No Prep Racing Association video below. 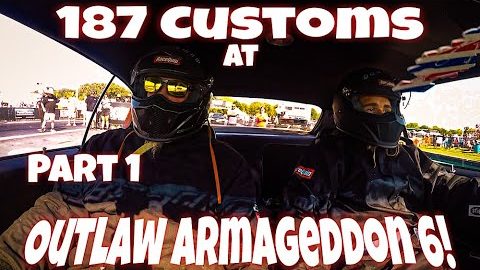