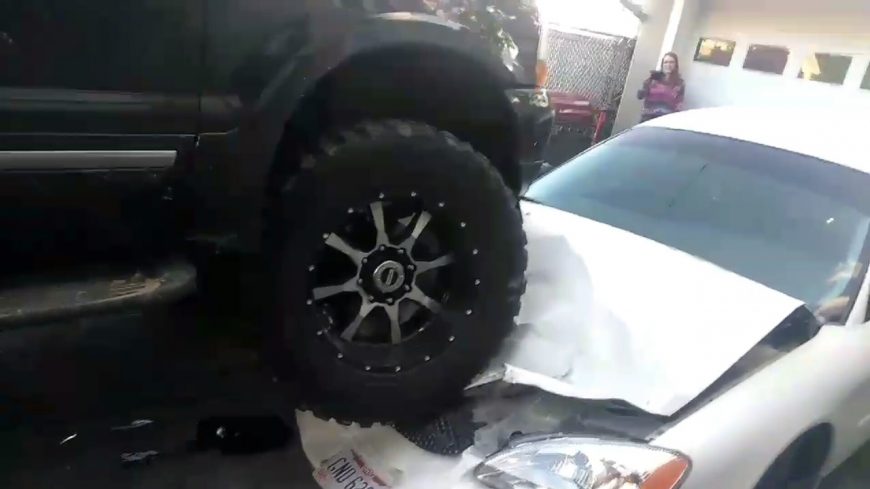 For many people, especially those who have found themselves moving around here and there, we can attest to what it’s like to have a bad neighbor. The only thing worse than not getting along with somebody is not getting along with somebody who just so happens to live next-door to you. Coming out and seeing that ugly face next dorr that you just can’t stand is a pretty bad experience, to say the least. However, even if you have an incredibly bad neighborhood experience, something like this will make you incredibly grateful for that person next-door that you’re convinced that you can’t stand.

This time, we check out a situation as a couple of neighbors end up fighting over a parking spot. Now, this isn’t something that’s too far-fetched to be hostile over, however, when you see how the entire situation was handled, you’ll see exactly why this situation will have you feeling lucky to have the neighbors that you do. As it turned out, this neighbor decided that they wanted a parking spot but they didn’t have permission to use it and would just take it. Normally, you’d think that this would result in one of the neighbors calling the police and having them settle it with this person who decided to take the spot but this guy who was disgruntled over the stolen spot took matters into his own hands and made things incredibly difficult for the parking offender.

In this video, we watch as the neighbor who’s upset about this parking offense decides to take it upon himself to give a couple of warnings before he begins to destroy the car by running it over with his truck! Now, the people in the comments here are all screaming fake and with all the things we’ve seen on the Internet, that wouldn’t really surprise us but if what the video says is true, the people behind this one would end up receiving a minimum of three years each with some who were involved receiving five years of jail time.