Old Guy Drives Over Cop Car – Was it on Purpose? 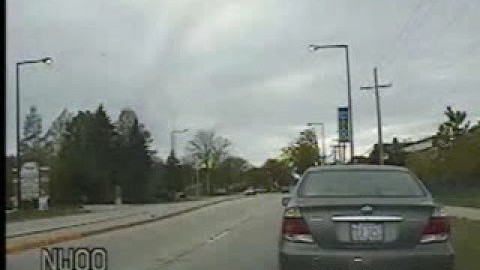 Old Guy Drives Over Cop Car – Was It On Purpose?

When we join in on this police situation, it looks like any other traffic stop with the police officer trying to explain the situation and the driver that’s pulled over acting just a little bit disgruntled.

The scenario that happened after the otherwise routine traffic stop, though, will get inside your head and completely blow your mind as it has blown ours.

After the 72-year-old driver was given a speeding ticket, he went to pull off and instead backed into the police officer’s car. Some are claiming that he did it on purpose! According to the video, though, all that he got out of it was a reckless driving ticket.

Check out the video below and tell us what you think was going through the driver’s head. Personally, we give him the benefit of the doubt and say it was an innocent accident.

When this Camaro owner was upset about being pulled over, he ripped an obnoxiously big burnout!