Old Redneck on a Harley vs Honda CBR1000RR Fireblade 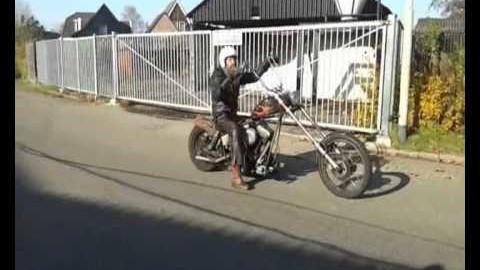 Old Redneck on a Harley vs Honda CBR1000RR Fireblade

When it comes to the battle of the motorcycles, it would almost always be completely irrational to put your money on a chopper over a sport bike in a competition of performance.

The folks that came to that conclusion, however, must have never met Hildo, the owner and builder of a 25-year-old Harley rat rod chopper.

This time, we check out the rat rod motorcycle as it attempts to make a run at a Honda CBR1000RR Fireblade. On the surface, it looks like the Honda would be the clear winner, but we think you’ll be in for quite a surprise!

Check out the video below that shows off this chopper that has a sneak attack just waiting are any unsuspecting competitor. What do you think of this wild chopper?

« How To FULLY Wash Your Car – Inside And Out