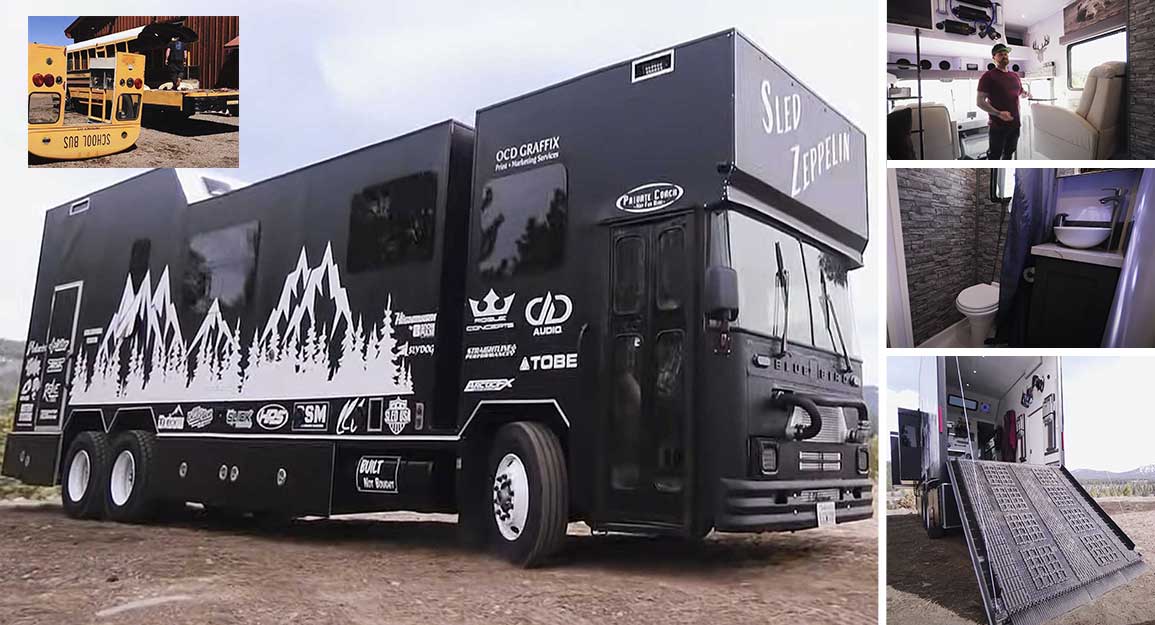 There has been a wave sweeping the YouTube community recently. That wave comes in the form of alternative housing. As it turns out, maybe living in a traditional single-family home or even an apartment just isn’t for everybody. For those who like to live life differently, there are lots of options out there and when there isn’t something perfect on the market, a lot of people go out to create their own one-of-a-kind option.

With this, the Skooly trend was born. Basically, the idea is that folks take a school bus or some sort of similar vehicle and transform it into the home of their dreams. It kind of sounds a little bit crude but for those who are really into the idea, they will tell you that these things can actually be tricked out pretty nicely. We’ve seen some luxurious school busses come to life!

From top to bottom, these busses tend to have just about everything that one would find in a typical RV. Sometimes, those behind them are even able to build in more one-of-a-kind features to really make these homes on wheels feel a little bit more comfortable and accommodating.

This time, we check in with Ryan Phillips who decided to head to the road with a school bus conversion but it’s unlike any that we’ve ever seen before. Instead of simply finding a place to live inside, this bus conversion takes it to the next level, providing toy storage as well for his snowmobiles.

It all started out as a 1990 Bluebird school bus, complete with a 6BT Cummins engine with low miles. Using the strong base, Phillips and his girlfriend got to building, constructing their mobile home that dreams are made of. This one goes a little bit more in-depth with custom work that really tailors the rig to its owners. In fact, the frame was even extended and an extra axle was added for even more functionality and toy storage!