We’ve been to some of the biggest events and seen some of the fastest cars on the planet in races decided by inches or less. But sometimes we have to be reminded where we all came from and how the sport of drag racing got its start and how many people get their first taste of side-by-side action: the street races.

I’m not talking about two drag cars with big engines and big tires on a street that’s been raced on so much it would qualify as “prepped” because of all the rubber. This is two fairly stock cars duking it out on a long stretch of road with just a few fresh black marks. And truth be told, it was likely one of the closest street races we’ve ever seen! The caption on the video says the driver of the Chevelle claimed the win over the late model Camaro, but we dang sure couldn’t tell who was ahead.

It’s always good to remember where you came from, no matter how far you plan to go in the sport. This is what ignited the passion for many of us, and we love to see it still happening today! 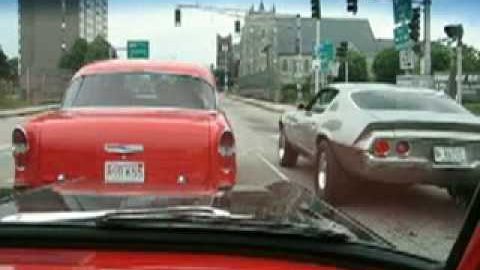