We have seen some sleepy sleepers over the past few years, but when it comes to ...

We have seen some sleepy sleepers over the past few years, but when it comes to absolutely looking and sounding like a harmless daily driven ride and then throwing down some killer runs when it unleashes all the power on the track. This square body Chevy just might take the cake as the most drastic difference between appearance and performance of any sleeper we’ve ever seen.

This truck looks like it would literally be right at home as a daily driver around the farm or just for Uncle Clarence to tool around town in on the weekends. There’s literally not a single giveaway that the truck is anything but totally stock C10 that looks and sounds just like the day it rolled off the showroom floor a few decades ago. It even idles like a stock truck, although it does sound like it may have an aftermarket muffler swapped for the factory unit, but other than that, you’d have no idea what’s about to happen whenever the driver rolls in and stages and takes the green light.

However, as soon as the driver stomps on the throttle, the truck plants the tries, which also look like the ones that were on the truck when it was bought new, and launches hard. To make things even more interesting, it sounds like the driver has plumbed up a pretty healthy shot of nitrous and as soon as the truck is moving, he activates the nitrous and things go from fun to down right badass! When the spray hits, the truck looks as if it launches a second time, the engine roaring to life and propelling the truck down the track like a full on race combo.

While the name of the no time game is keeping your secrets well hidden, we don’t think there will be too many more opportunities for this truck to sneak up on anybody after our buddy Justin from the JMalcom2004 YouTube channel caught him putting in work, so his fun may be short lived. However, there may be some folks out there who didn’t see this footage and will fall victim to the sleepy little square body. 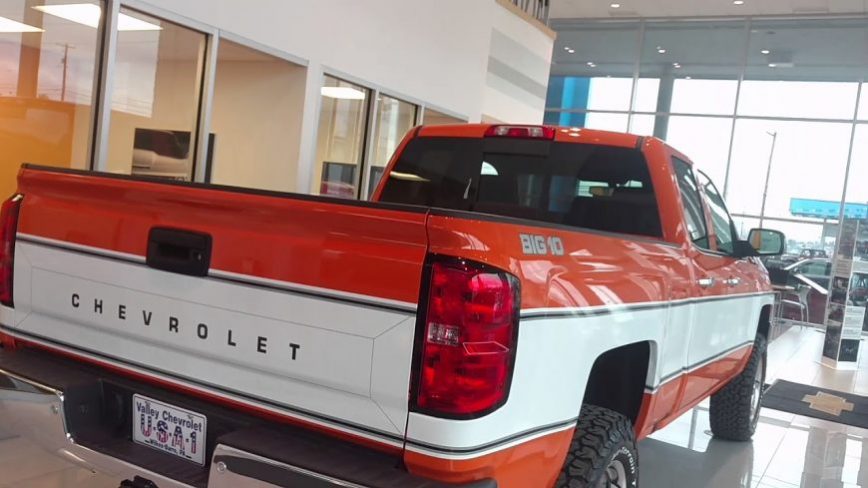