One of the WORST CRASHES Ever Filmed 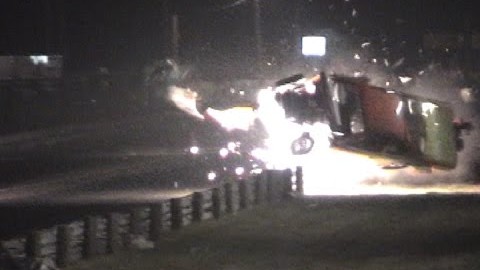 One of the WORST CRASHES Ever Filmed

When driver, Jerry Yeoman took off from the line he probably didn’t expect to undergo one of the worst crashes ever caught on tape. Jerry is almost all the way down the track when he completely loses control and heads for the wall. Upon impact, the Pontiac explodes and rolls about a dozen times before coming to a heart stopping hault.

Generally, in the automotive media industry, we refrain from posting videos when drivers get injured but thanks to Jerry’s blessing we’re able to watch this video today. Jerry has since made a full recovery and can now be found racing a turbo ’59 Chevrolet Corvette pro mod.

« RC Plane With Jet-Engine | To Infinity And Beyond