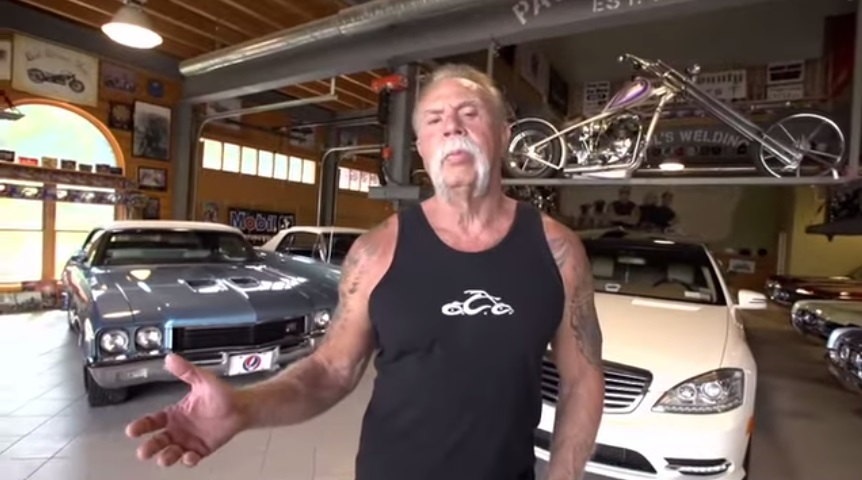 Naturally, as you might expect with someone who has lots of money and enjoys building badass machines for a living, Paul Senior of Orange County Choppers also happens to collect cars and, of course, bikes. We all have that list of rides that we fantasize about should we come across a large sum of money and when you see celebrities who actually do have access to a good amount of money, it’s fun to see exactly what they have in their very own personal garages. Do some of your favorite personalities from on the television screen have a similar taste in cars to you? The only way to figure it out is to go behind the scenes and get clued in on what these guys are doing when they’re not on TV.

This time, we get that special opportunity to get a little tour of Paul Senior’s selection as he shows off a whole collection of cars, most of which are good old American muscle with some being newer and closer to the factory floor than others that take a wild custom touch and throw it into the mix. It looks like there’s definitely a lot of different tastes to choose from here as Paul takes us through the highlights of some of his favorite machines in the collection.

Follow along with this behind-the-scenes peek down below that allows you to dive headfirst into what the head honcho of OCC keeps in his own personal garages. Is this the kind of vehicular collection that you would expect Paul Senior to be wheeling around in? I know that with such a distinctive on-screen personality that you have to have some sort of expectation as what you would see him behind the wheel or handlebars of when it comes to his time off that he has to be free and wheel!