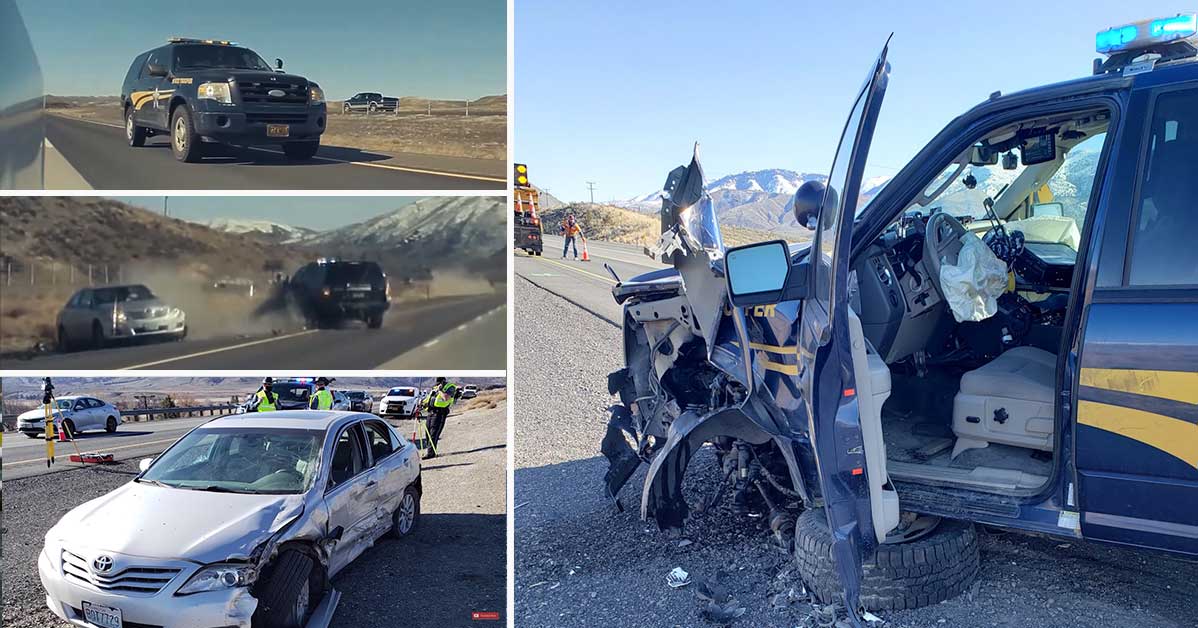 There are some people in this world who truly just have a different composition when it comes to how they make decisions. Some of us can say that we would act a certain way if the situation popped up. However, saying something and actually doing it are two entirely different things. For one particular Oregon State Police officer, he would show his true colors in a spot that was incredibly dangerous and required putting himself in harm’s way in order to save others.

Above all else, this officer definitely showcased his selflessness as he encountered a motorist that was speeding the wrong way on Interstate 84 in Baker County, Oregon. As the driver was reported to be hurling the opposite way down the highway, the officer jumped to action.

If you want to talk about going above and beyond the call of duty, this officer did all that and then some. We watch on board from a Tesla as the dashcam was rolling and we saw the unthinkable unfold right in front of us. As the motorist was speeding down the wrong side of the highway, the officer used his patrol vehicle in order to attempt to block the vehicle. The result was a collision that really made us tense up.

Somehow, everyone managed to walk away. The suspect sustained minor injuries and was transported to the hospital. The officer was evaluated at the hospital and released.

Following the incident, the officer jumped out of his vehicle, broke the window of the oncoming car, and arrested its driver within seconds. The driver was charged with second-degree attempted assault, reckless driving, and reckless endangerment.

Down in the video below, we check in with the dashcam footage that shows us the whole situation unfolding. I don’t think that anybody would’ve been upset at this officer if he or she refused to engage in such a way with the situation at hand. However, what we saw was an otherworldly display of courage that the officer’s community should definitely be thankful for.

The post made no mention of the officer’s name but the individual is most certainly a hero.