Guy Slaps an Outboard Motor on a Kayak! 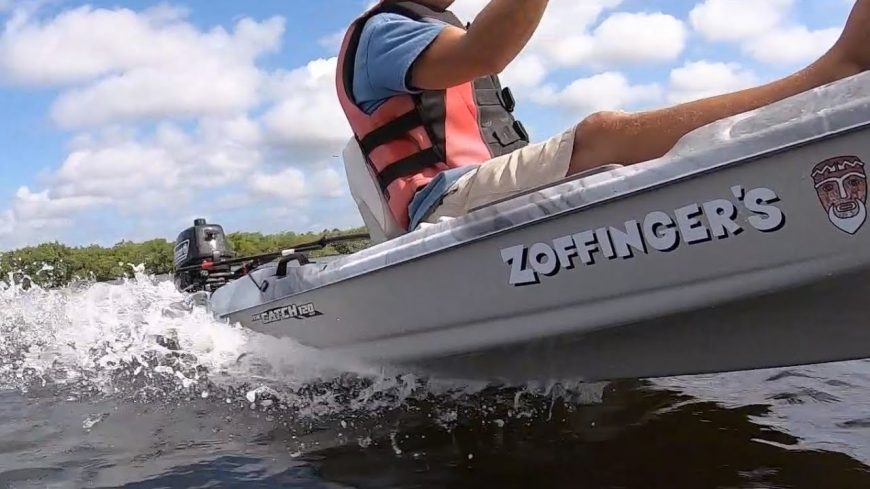 For those who feel like they recognize this YouTuber, it might be because of one of his other awesome creations! The one who goes by Zoffinger has made his way on the platform through everything that has to do with water. More specifically, we featured a peddle boat that was introduced to a little bit more power. Zoffinger Decided to put an outboard engine on the boat designed to be controlled by human power. The result was nothing short of awesome.

In this one, he’s digging into a project that shares some of the same characteristics. However, instead of a peddle boat, we’re looking at a kayak. In this video, we get to watch the entire process as he takes said kayak from start to finish with the aim of an easier and faster experience on the water.

In order to accomplish that, he plans on strapping an outboard engine on the vessel. It seems as if this man who rents boats has a thing for speed. When introducing these engines to platforms that normally wouldn’t have them, we can’t help but be interested. It really helps that he seems to deeply care about the work invested in the finished product. These things aren’t as simple as slapping an engine on a boat, either! Some serious workmanship is put in the equation.

In this experiment, the outboard of choice is a 5 hp unit. Now, of course, we would all like to see how much power could be added to the kayak. However, we would be surprised if someone could manage to mount a bigger motor on board. After all, adding that much weight would probably sink the vessel. In turn, a light kayak like this isn’t going to need that much power to get up and go! We think that he’s found about the perfect combination with this awesome build!

« Grab Your Helmet For This Epic RZR Crash Collection.