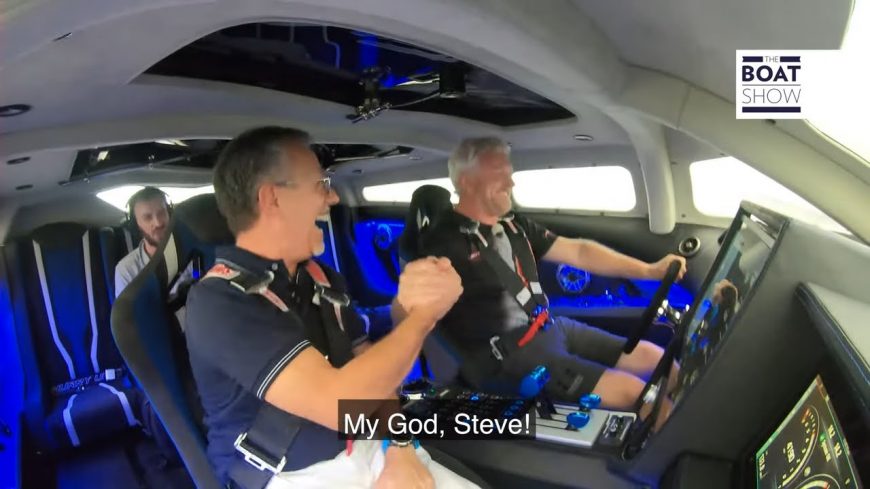 When it comes to making gobs of horsepower, you can do it just about anywhere. It doesn’t necessarily have to be on dry land that thousands of horsepower are put down. it just so happens that, there are a rather large group of enthusiasts who prefer to have their power delivered in large quantities on the water. This time, we check out an insane power boat that takes on the water like a champion. I would imagine that strapping yourself into this thing is the way to have one wild ride, for sure.

This boat goes by the name of the Outerlimits SC-46. It’s outfitted with twin Mercury Racing engines boasting 1500 hp each. The long story short is that it looks like an absolute blast on the water.

This time, we really get up close and personal with the twin-engine machine. After it fires up, it lets those babies scream. When push comes to shove, we finally get out on the water. Before long the throttle is matted. This pushes the speed up to another level as it manages to glide through the water like a majestic skate.

Speeds of those sorts are rather frightening on land so I would imagine that taking them to the water is a whole new level of crazy. It takes a special person to be willing to push the limits that hard out there with so many different variables that could make it all go awry!

Check out the video down below from THE BOAT SHOW that gives us a ride along with this mean machine. After watching this thing go crazy out there on the surface of the water, could you say that you would be willing to hop on board and go for a high-speed jaunt as those engines scream and really make this thing go crazy as it’s put in motion? If you do, you’d better hold on for dear life because this ride is intense!

We have to admit that we’re in love, though!