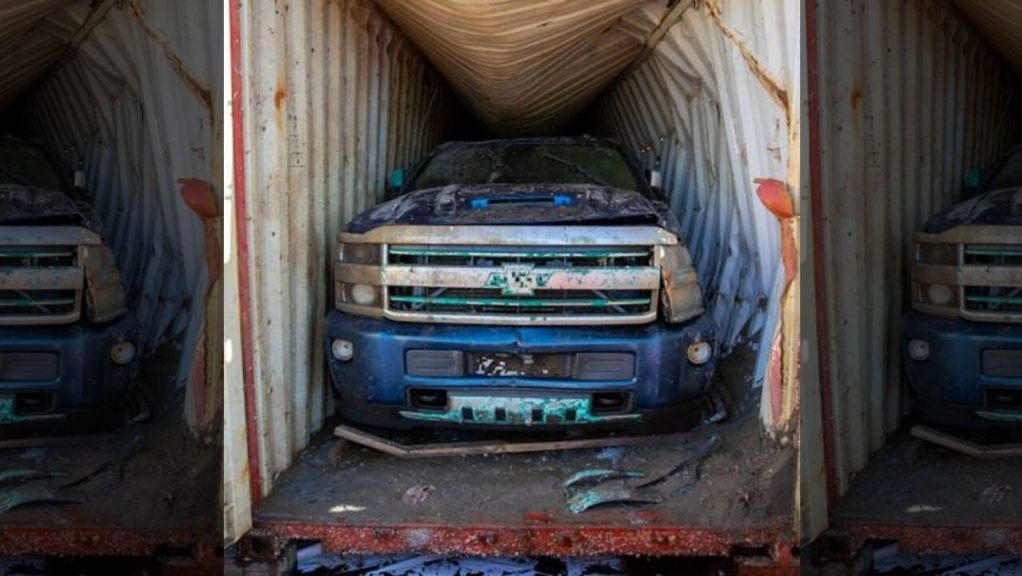 The feeling of shipping woes is never a good one. I know I can’t be the only one who has gotten frustrated over a lost or delayed package. Constantly checking in on the tracking to see where the package is can be a stressful experience. When the item becomes something that’s high dollar, the stress is multiplied.

Imagine the call to tell you that your package has been lost in the sea.

Imagine that same call coming when the lost package is a truck that’s worth almost $100,000. That was exactly the case for one unlucky truck buyer when Yang Ming’s YM Efficiency lost 81 containers. The units had fallen from the boat and into the sea. Two of these containers that found their way to the bottom of the sea outside of Newcastle, Australia contained a pair of Duramax powered Chevrolet Silverados.

The trucks were on their way to Newcastle to receive a right-hand-drive treatment for use in Australia. Surely, they would make a spectacular vehicle for whoever was about to receive them. However, just 22 months later, these machines are likely worth less than $1000 each. The buyer will be fortunate to be able to get their value in scrap metal.

What all was said and done, the ordeal is believed to cost north of $10 million to clean it all up. As of right now, an effort that cost $9.5 million is underway to retrieve 62 of the 81 containers. Photos obtained from the Australian Maritime Safety Authority show the brand-new pickup trucks that didn’t even get a chance to hit the road before they would meet an untimely demise. After sitting in salty water for such a long period of time, we would be shocked if anything was salvageable at all.