Panama Canal Ship Crash!! That is One Tight Squeeze! 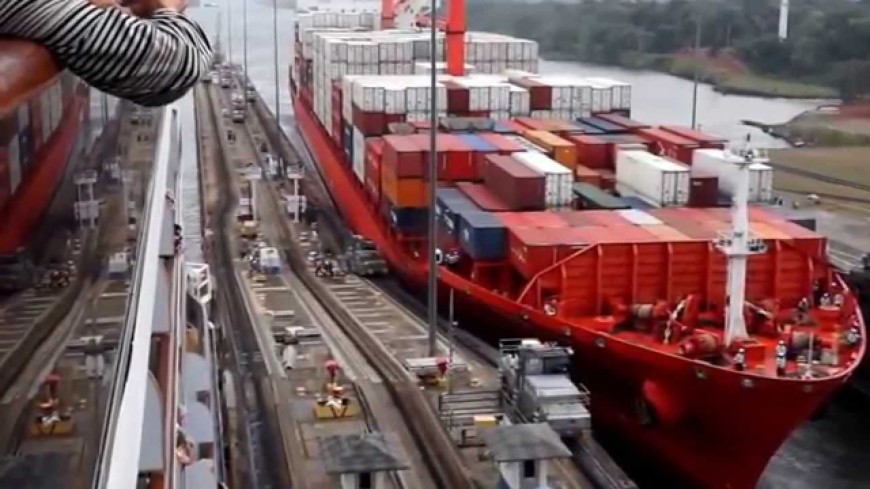 Panama Canal Ship Crash!! That is One Tight Squeeze!

After checking out the scenario, we definitely have a new found respect for those that are behind the wheel of gigantic cargo ships like this one.

It looks like piloting one of these things is almost like trying to have some sort of finesse in tight spaces with a gigantic wrecking ball that floats atop the water.

This time, when an oversize ship attempts to fit itself into the likes of the Panama Canal, the captain appears to have some issues as he manages to completely crush one of the mule carts on the surrounding land.

Check out the video below as the ship makes its presence felt. Luckily, it looks like everyone got away uninjured, but that isn’t to say that this one won’t leave a hell of a mark.

WHERE SHIPS GO TO DIE, WORKERS RISK EVERYTHING