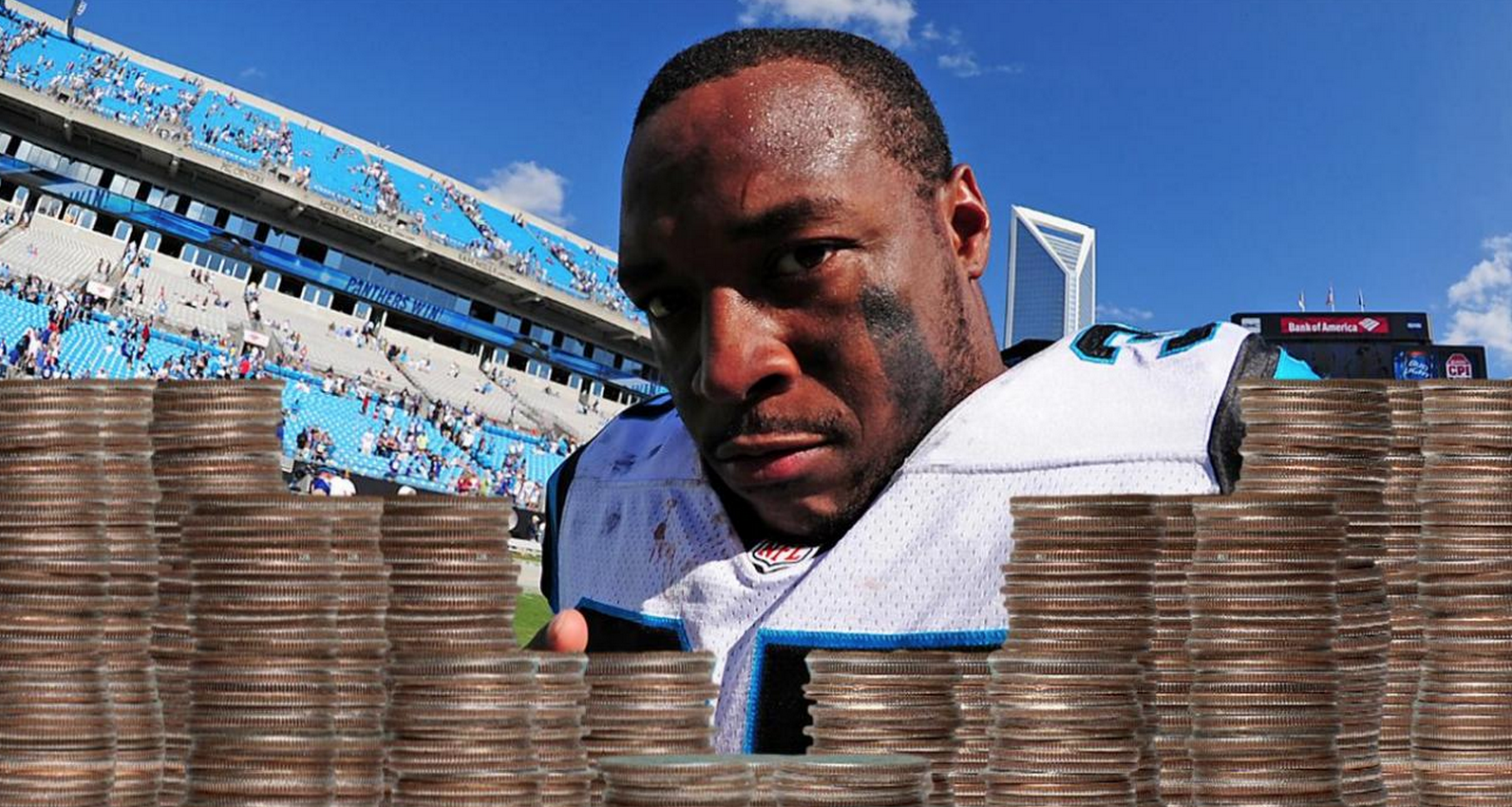 We have all been there before, sometimes there are businesses who are willing to take your money, but when it comes to rendering the service promised they just aren’t so great.

When the Carolina Panthers fullback, Mike Tolbert, took his car to Motion Lab Tuning to get the engine replaced, a $3900 job, but two and a half months later, the job wasn’t done and Tolbert claimed that they bumped the rates “because he was a millionaire.”

After being forced to get his car towed out of the facility, Tolbert wold settle up his debt, but it would be in a way that was very unsatisfactory to the shop. Whether or not they deserved it, we can’t really say. Tolbert sure thought that they did!

With a collection of pennies, nickels, and dimes, he would pay off on the almost $4000 bill completely in small change, making sure that he created as big of an inconvenience as possible.

“Oh, they [were] upset. You’ve got to sit there and count … basically four grand in coins, you’d be mad too. But they got what they asked for.”

We would assume that because it was all US currency that the transaction was completely legal and we would venture to say that he did manage to prove his point as well.