Paul Teutul Jr. Gives us the Rundown of Every Bike in His New Shop

Paul Teutul Jr. Gives us the Rundown of Every Bike in His New Shop

We all remember the Teutul family from their explosion on American Chopper, both ...

We all remember the Teutul family from their explosion on American Chopper, both on-screen and in the ratings. However, as we eventually would find, all good things must come to an end. Eventually, when the show stopped airing, the crew split up and went their separate ways. To this day, everybody seems to be doing their own thing and fans can help but stop in every once in a while to see what’s up with the OCC favorites.

For Paul Jr., he opened up a shop by the name of “Paul Jr. Designs.” As he continues to build bikes, in his shop, we noticed a couple of familiar faces on display. Over the years, the crew has built a ton of motorcycles and it just so happens that some of them have come back into the fold once again.

As fans have noticed this, some of them have begun to ask how exactly Junior has so many bikes in the shop. After building these motorcycles for different purposes, wouldn’t the buyers be in possession of them? Well, as it turns out, that isn’t exactly how things worked out. Instead, a variety of these bikes are back in Paul’s possession for different reasons. Some of them, Junior just decided he couldn’t live without. For others, fate just decided to bring them back into the grips of their original creator.

By following along with the video below, we get to check in with a fan favorite from the days of American Chopper to see a small slice of what he’s up to these days. As we take a tour through the showroom, there’s definitely a good sense of nostalgia here as we recall some of the great builds from over the years. We can’t say that we blame Junior for wanting to bring some of these awesome creations back to be able to enjoy them once again. 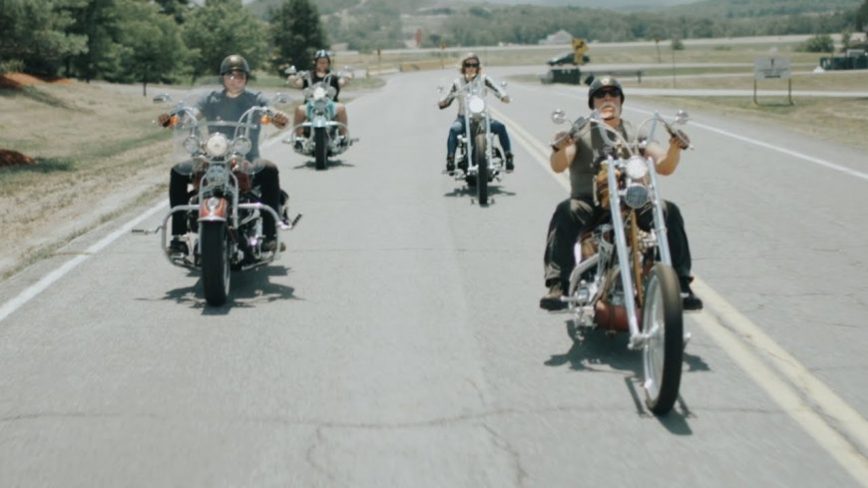