If you think of a film like Wayne’s World, it’s hard not to consider the ...

If you think of a film like Wayne’s World, it’s hard not to consider the roots of the story and exactly what the film was designed to be and how it overcame the odds. The film started out as something that was supposed to be a low budget project, something that I don’t think many really expected to amount to much of anything at all, however, it really figured out a way to catch on with just the right people, making its way into their hearts to the point where it would erupt, evolving into a cult classic and eventually, something that nobody ever saw coming.

Along with the movie comes one memorable piece that, because of its oddball nature, has found itself right into the world of Wayne and Garth perfectly. Over the years, perhaps, folks have found that one of the most memorable parts of the movie is the vehicle that these guys would wheel their way around town in. Widely recognized as one of the ugliest cars to ever be produced, this dynamic duo would find themselves traveling the streets in a 1976 AMC Pacer, complete with an overly gaudy paint job. When it comes to cars, well, it really doesn’t get much more unfortunate than this and the car is a factor that really helped to develop the characters and bust the career of Mike Myers wide open.

If you follow along down in the video below, you’ll be able to join in on the journey as taken by Rick from the Pawn Stars reality show as he takes a peek at this piece of cinema history and attempts to buy it. As it turns out, the car hasn’t really been maintained as well as it should have and as such, the owner is willing to part with the prop and gives Rick quite a deal on a vehicle that might be one of the most recognized in film history. In fact, there’s a good chance that it’s probably a lot more affordable than whatever happens to be in your driveway right now and even though it might need some fixing up to be a driver, if it ever becomes one, it would be a pretty neat piece to add to the collection.

The BMW Tupac Shakur Was Shot in is up For Sale For a Staggering Price! 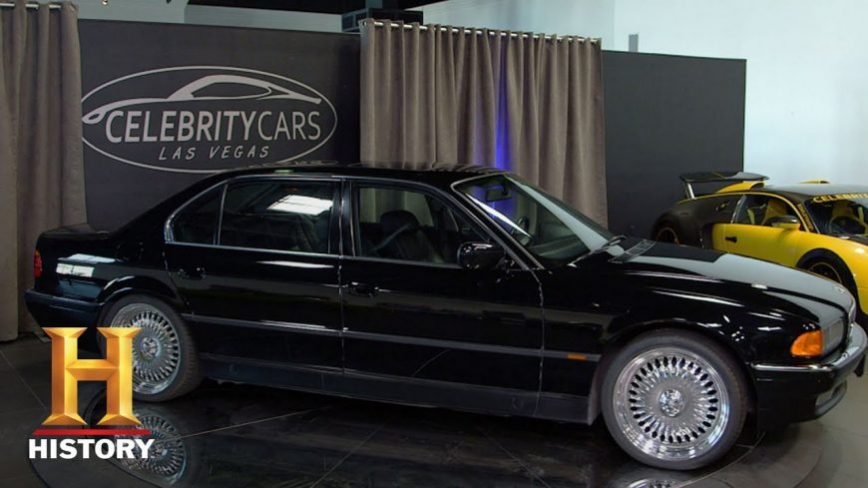