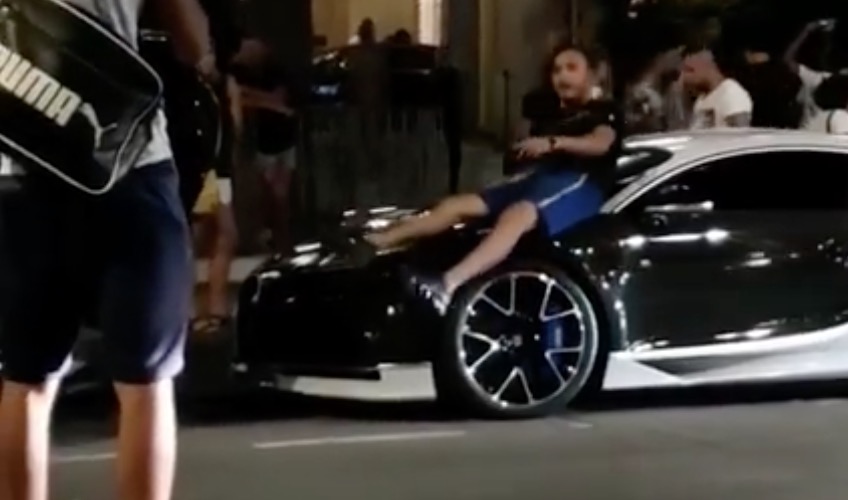 When it comes to gearheads, many times, we have a tendency to put ourselves in an echo chamber of people who think similarly, those who also love cars as much as we do. However, it’s important to remember that the majority of people in this world aren’t like us. Most people just think of vehicles as maybe occasionally something that’s fun to look at but otherwise just a means of getting to wherever it is that they want to go to. However, even though some people might not understand the way that we think, there’s still a basic line of respect that all people should have.

For example, just because you see a car that’s a nice looking doesn’t necessarily mean that you can lean on it to take pictures. Sure, snapping a few flicks of such a car might be acceptable and even posing in front of it could be alright. However, when you truly cross that line, leaning up against it and rubbing your body up and down on the hood, potentially damaging the paint, things really begin to rub us the wrong way, no pun intended. It really seems like this individual didn’t get that memo.

If you follow along down in the video below, you’ll be able to watch something that might just make your blood boil as a couple of guys begin to pose on a Bugatti Chiron with no regard for the car. It doesn’t seem like the owner of the car comes out to stop them, however, a good Samaritan standing nearby begins to explain to the men why exactly it is that they shouldn’t be doing what they’re doing. I think that deep down inside, these guys know that they probably shouldn’t be toying with somebody else’s money like that, but it doesn’t stop them from doing it anyway.