Penetrating Oil Showdown – Is WD-40 Brand Even Close to the Best? 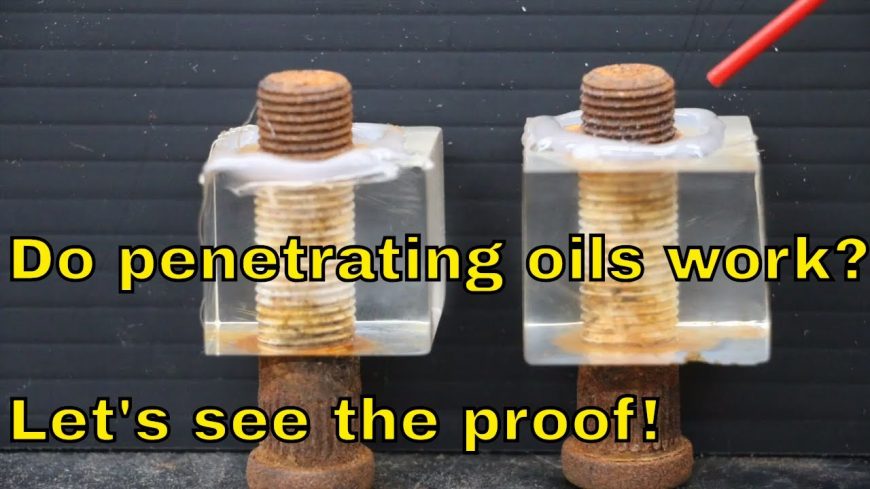 If you would ask anybody who has spent substantial amounts time around the garage what some of their favorite chemicals to have on hand are, I think that most people would agree that some sort of penetrating oil is definitely a necessity when it comes to wrenching on your project. Unfortunately, sometimes, the metal that is used on different hardware that fastens together your machine might rust out and could possibly prevent you from being able to loosen them, even to the point where bolts begin to break off entirely.

This is where penetrating oil comes into play as it attempts to bust through the rust, giving you a little bit of a helping hand and adding a couple of pounds of muscle on your shoulders so that you can get that rust loose without doing any further damage. However, when it comes to exactly which penetrating oil works out the best, it seems like there isn’t really a general consensus on which brand to go with or, furthermore, if some sort of homemade concoction is best for breaking free your rusty hardware.

If you follow along down in the video below, the host over at Project Farm will take you on a ride that will test out a whole variety of these concoctions, giving you the best idea of which brand you’re going to want to pick up if your goal is busting that rust. After watching something like this, are you convinced as to which method of getting all of the rush shaken free works the best? Is there anything that isn’t pictured here that you think would make an addition to the test that could prove to be the best penetrating oil yet? It seems like the methods here get pretty thorough in proving which of these concoctions has the most merit.