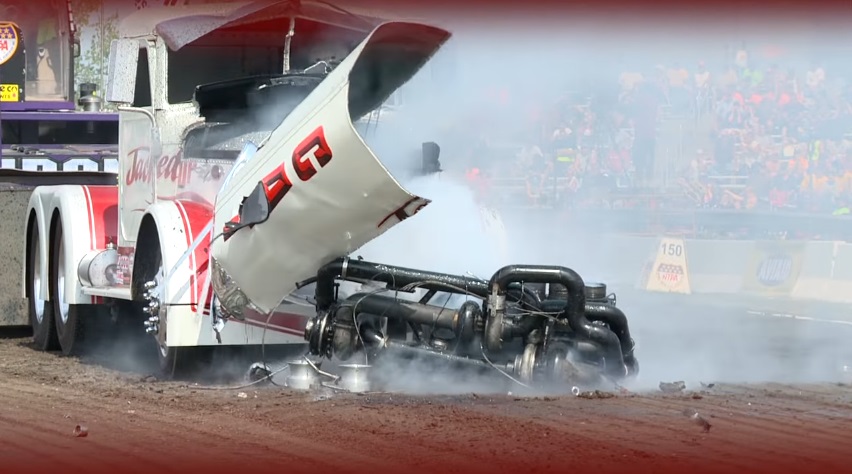 If you’ve never had the pleasure of laying your eyes on a tractor pulling competition, these machines are known to crank out some serious torque and push themselves to the absolute mechanical limits in the name of pulling that load further than the next guy to land a little bit higher on the scoreboard, ideally climbing to first place.

This time, we check in on a machine that simply took it too far, putting all sorts of pressure on the driveline of the Peterbilt pulling machine which would eventually lead to the rig’s engine erupting and launching the power plant from the engine bay and onto the ground.

Now, this had to be absolute worse case scenario for the team behind the rig but for all of the people sitting in attendance, this is the kind of heart-stopping action that they signed up to see! I guess that when you put yourself in a competition like that, you kind of have to expect something like this to happen at one point or another.

Check out the video below that might just leave you speechless as this wild pulling machine self-destructs and leaves its parts laying all over the place. Hopefully, the team was able to get back out there without too much downtime in between events!

« What Happens When you Put Ted Nugent and Street Outlaws Dominator Together in a Cop Car?