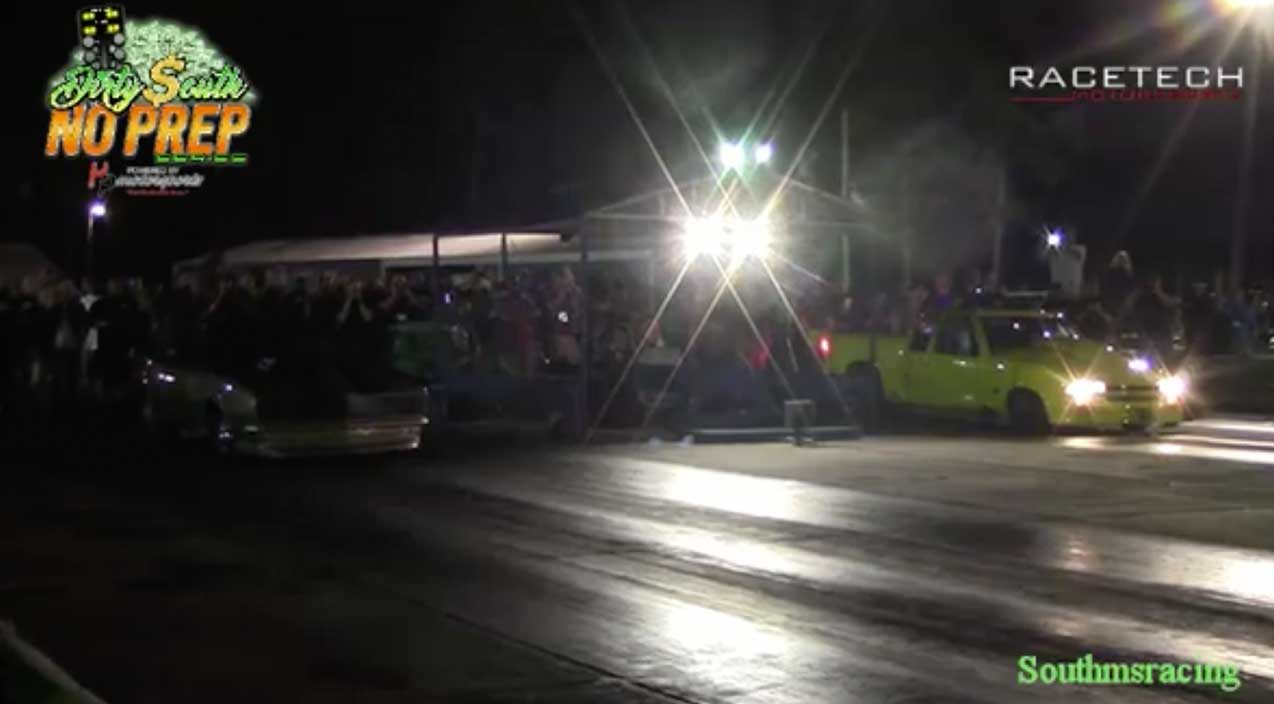 When it comes time to go to war at a no prep race, adrenaline really gets to flying every which way. The suspense is always at an all-time high in these things because. One can never really know what’s going to happen. Within a matter of a split second, all hell could break loose. It’s really a show for the spectators as the drivers are trying their best to keep it all together. This is all while they attempt to use the least amount of surface area to go from “A” to “B”. In this form of racing, some have separated from the pack and really made a name for themselves. Others are new to the scene.

In this one, on center stage is none other than brainchild of DeWayne Mills and Daniel Pharris. Their Golden Gorilla Camaro has become notorious with taking home victory in traditional racing. However, it seems as if the duo is quickly rising to the top of no prep as well. In this one, we get to check out their fresh car. It’s basically a Golden Gorilla clone that’s set up for no prep.

After shredding some rubber to make sure that their tires are nice and hot, we get to see the no prep version Golden Gorilla line up with a competitor in a screaming S10 that is about to give the Camaro a run for its money. It’s really a battle of power and traction in which the best man will always win on a race to race basis. One can never really know what’s going to happen in these races and consistency is key! It’s a lot easier said than done, that’s for sure!

By clicking play below, we’re set up trackside to see exactly how these competitors do as they go for the kill shot at the Dirty South No Prep that has both of them battling with the conditions as they go for gold.

« Saleen S7… Craziest Supercar That Went Under The Radar