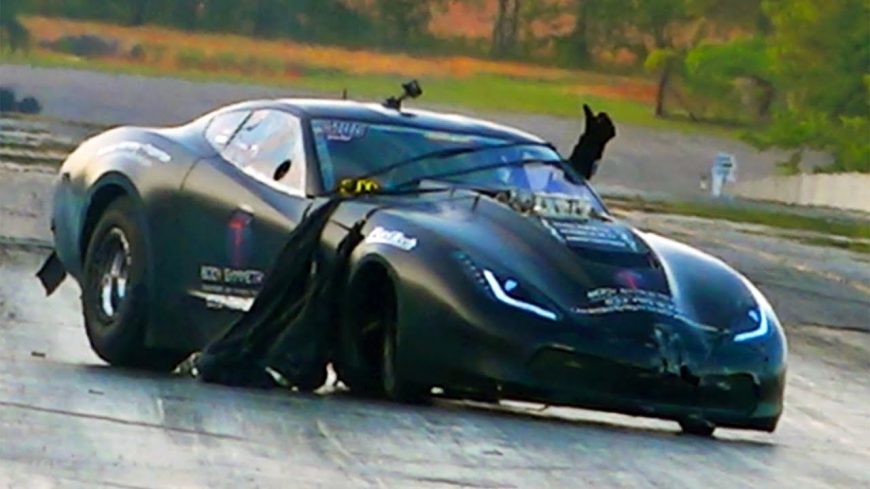 It’s not in the same capacity that we were used to pre-COVID-19. However, some races are beginning to pop back up across the country. One of the most recent to send cars down the drag strip was Woostock this past weekend at Darlington Dragway.

This time, we dive into a little bit of a scary moment from this last weekend’s events. As Norman Bryson made his way down the track, things would start out as according to plan. After burning out and lining up, though, it would quickly go awry.

After jumping off of the line, there seemed to be an issue with his machine. The situation would quickly go off the rails and it didn’t look like there was very much time for the driver to recover. Some of the comments speculate that it was perhaps a mechanical failure that sent the car sideways.

As the car made its way toward the wall, one couldn’t help but notice how many media members were hanging out there. As they shot the screaming car, eventually, it would collide with the wall, dislodging the rear wing and ejecting the parachute. It appears as if the wing did end up hitting one of the media members. However, it did seem like everybody was okay after the incident, Bryson included.

Honorable mention on this one goes to the video guy from Spoold Media who didn’t move a muscle as the car hits the wall just feet from where he was filming. In the video below, we can watch the entire incident unfold thanks to footage from The Racing Vids.

It’s videos like this that really show us the danger that media guys put themselves in during every race. It’s these clips that might just make some gather a greater appreciation for those putting themselves out there like this!

« Innocent Bystander Gets Taken Out by Showoff Who Can’t Drive