Pickup Driver Has the Worst Case of Road Rage we Have EVER Seen! 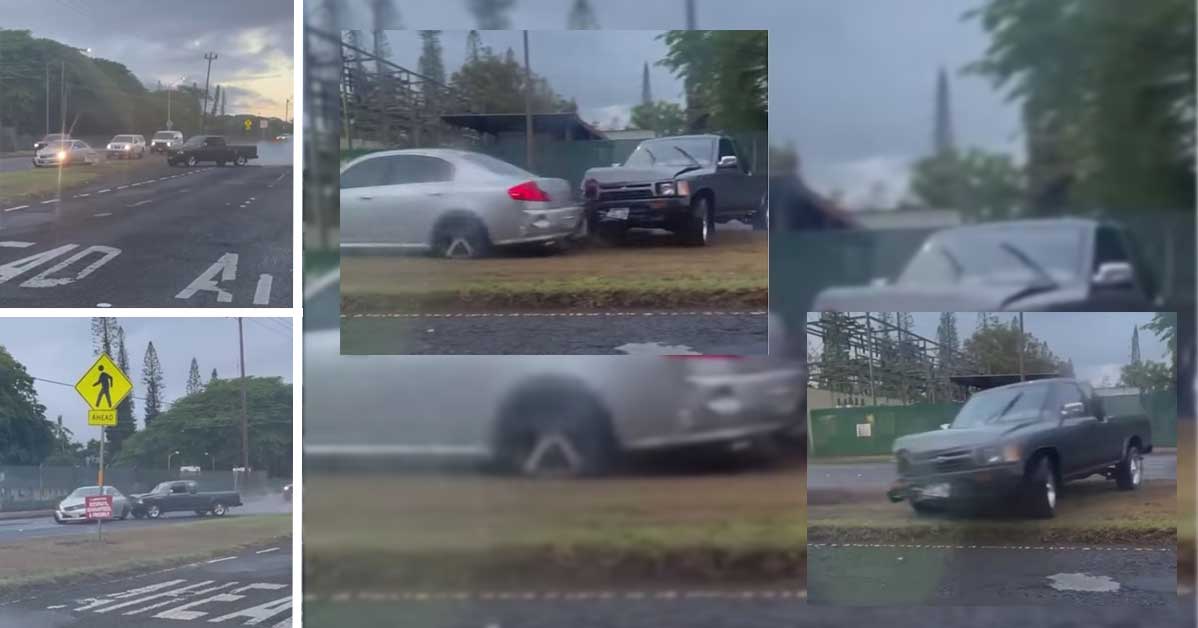 This should be your daily reminder that just letting things go out on the highway is probably your best option in a potential road rage scenario. At the end of the day, you never know when somebody is going to target you with their vehicle and try and run you off the road or even do something worse.

Footage has gone viral recently showcasing what might be one of the worst cases of road rage that we have seen captured on video. No official report has come out locally to tell exactly what happened behind the incident at Schofield Barracks in Hawaii. However, it’s pretty apparent that one motorist was pretty irate toward another and ended up showing this anger physically.

As an Infiniti sedan, already damaged, rolls around the corner, it’s followed up by a pickup truck. Apparently, the pickup truck driver isn’t content with pulling over and exchanging insurance information. Instead, the driver behind the wheel seems pretty hell-bent on revenge. At the end of the day, this might seem cathartic in the moment but over time, it’s definitely going to end up backfiring.

Following the incident, we would probably presume that the driver of the pickup truck ended up stacking charges on top of other charges. Therefore, instead of just dealing with an accident as it is and moving on with your day, the individual is likely going to be facing criminal charges as well and perhaps even spending a little bit of time in jail depending on how the judge feels.

Down in the video below, we check in with the situation that got downright scary. This is definitely one that we would never want to be tied up in the middle of as things just escalated to a place where they never needed to go. At the end of the day, you never know what other motorists are capable of so stay safe out there!