Pilot Flies His Father Home After Being MIA for 50 Years

Pilot Flies His Father Home After Being MIA for 50 Years

It is incredibly important to recognize the sacrifice and dedication that our men and ...

It is incredibly important to recognize the sacrifice and dedication that our men and women of the armed services provide. It’s all in the name of keeping America free and something that we should all dedicate more appreciation to. When an individual serves, they’re not the only one making the sacrifice, though. Instead, their friends and family are also sacrificing a great deal.

It’s among the most tragic of losses to have a family member never return home from serving at war. Col. Roy A Knight served in the Air Force during the Vietnam War. After being shot down in Southeast Asia in 1967, he would never return home. Knight left behind a family that would never have the closure of his remains being discovered or documented. However, in a turn that they never expected, his body would be recovered 52 years later.

Roy’s son, Bryan Knight, hadn’t seen his father since 5 years of age. As Bryan would grow up, he would follow in his father’s footsteps, taking a role in the Air Force as well. The now-veteran works as a pilot for Southwest Airlines and would get the opportunity that we’re sure he never saw coming.

Southwest puts it best. They tell us that,

“Captain Knight last saw his father at Dallas Love Field Airport when he was deployed to serve in the Vietnam War. Today, more than 50 years after he went missing in action, Captain Knight flew his father home for the final time.”

The video below offers a lot more than a touching story. We can’t help but feel a sense of gratitude for Knight as he finally received the closure that we’re sure he’s needed for all of these years. It also reminds us to stay thankful for those who serve and their families. At the end of the day, we’re all in this together.

Dad's Truck Broke Down, Son Bought Him a New One, Dad Proceeds to Break Down Himself! 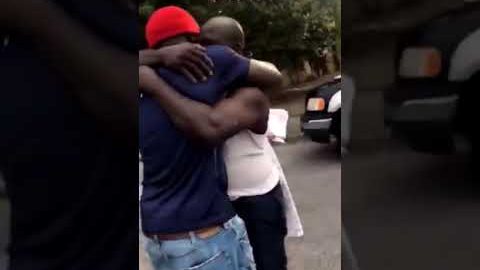