Pininfarina Unveils Its First Car And It Is A Monster Hypercar

Pininfarina Unveils Its First Car And It Is A Monster Hypercar

For decades, the name Pininfarina has been synonymous with some of the most beautiful ...

For decades, the name Pininfarina has been synonymous with some of the most beautiful cars ever built. The Italian designer Battista “Penin” Farina – “penin” in Italian translates to “the youngest”, as Battista was the youngest of his siblings – helped shape the core Italian designs for Peugeot, Fiat, Alfa Romeo, and of course, Ferrari.

While Battista himself passed away in 1966, his legacy has lived on through the design firm carrying his last name, which was officially changed to Pininfarina in 1961. Known for it’s distinctly Italian designs, the firm didn’t exclusively work with carmakers from Italy, having had designs brought to life by Ford, Chevy, Cadillac, Volvo, Mitsubishi, and even Bentley.

At the 2019 Geneva Auto Show, the company unveiled the first car that will be built under the Pininfarina name, pulling back the cover to reveal the Battista, fittingly named for the company’s founder. To say the company came out swinging for the fences with its first car is a gross understatement, as the Battista is absolutely a work of automotive art.

Oh, and it also happens to have a ridiculous amount of power. The all-electric Battista is rated at an insane 1,900 horsepower, which I believe makes it the most powerful production car ever built as of today. Being electric, the car also has gobs of torque, utilizing four motors to produce 1,700 ft/lbs of torque to the wheels. These power levels push the carbon chassis and body to 100 km/h (approximately 62 MPH) in just 2 seconds and the car can reach 300 km/h (186 MPH) in just 12 seconds. The car boasts an estimated top speed of 217 MPH, which should put it atop the list of fastest electric vehicles as well.

The car will cost around $2 million and only 150 will be built. I assume by this point, all 150 have been spoken for, but maybe if you’re lucky enough, you’ll get to at least see a Battista in person some day. 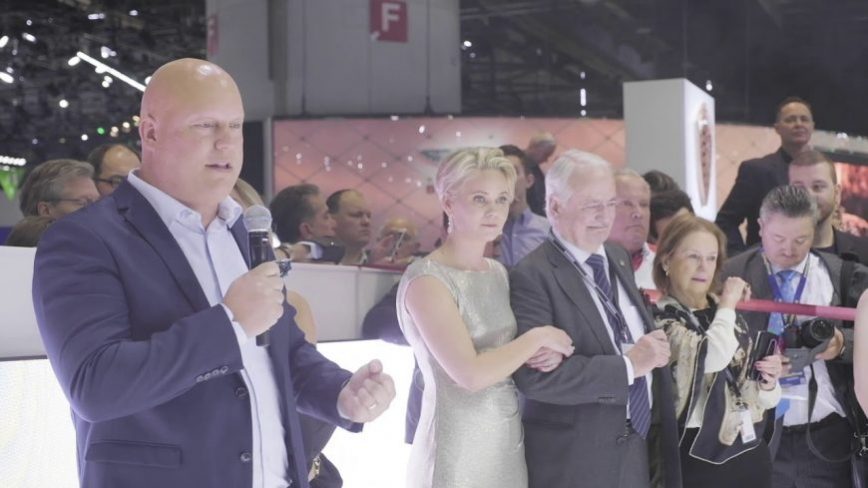