For a couple of seasons on Street Outlaws, between his stint in The Sonoma and ...

For a couple of seasons on Street Outlaws, between his stint in The Sonoma and getting his own ride up and running, Daddy Dave piloted the Plan B Corvette, making it quite a ways up the Top 10 list. The sleek black Corvette is owned by Henson Racing and is now powered by a turbocharged engine instead of the nitrous powerplant that was in place when Dave first climbed behind the wheel.

Henson & Co headed to Thunder Valley Raceway Park for Outlaw Armageddon, where they faced off with the wicked blown Pro Mod known as the Bounty Hunter. The pair left together with the blown ’57 Chevy taking an early lead, but the turbo’s feeding Plan B’s engine spooled up and he began to reel the Bounty Hunter in, but he runs out of track, with the Pro Mod taking the win by the smallest of margins. Still, to have a stock-bodied car hang with a full-blown Pro Mod is pretty impressive, and losing in such a close race is nothing to be ashamed of.

Look for more from Plan B and other footage from Outlaw Armageddon, one of the biggest no-prep races in the nation! 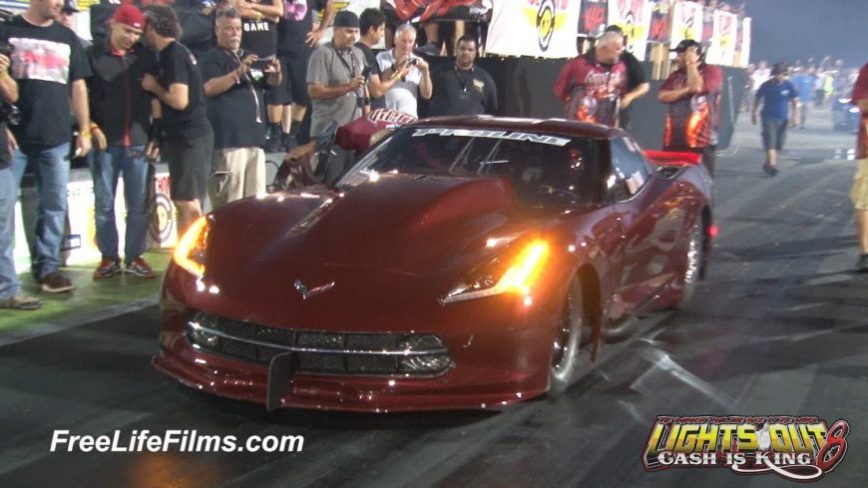