If there’s one thing that no pilot wants to think about, it’s making an ...

If there’s one thing that no pilot wants to think about, it’s making an emergency landing. It’s one of those skills that is best honed on the simulator and not while behind the controls of an actual airplane. At the end of the day, though, these skills are built for a reason because one never really knows what’s going to happen up there in the sky.

For the pilot behind the controls of this small airplane, he would have to think quickly on his feet and stay calm. In the flash of an eye, everything went from smooth to a situation where he would have to break out the aforementioned emergency landing skills.

Apparently, the hatch designed to house luggage wasn’t exactly secured. Therefore, it would pop open mid-flight, causing quite the ruckus. As the plane began to fly unsteadily, the pilot had to keep his eyes on the prize, attempting to land the small plane in a nearby field. We practically felt our insides clenching up as the plane hits the ground, dealing with some rough terrain as the pilot does his best to keep it out of harm’s way.

After observing the aftermath, the pilot does learn that the plane was damaged in the process so it wouldn’t be as simple as closing the hatch again and flying back to the original airport. However, the fact that both occupants in the plane were able to escape from the incident safely is definitely a huge win here.

By following along with the video from Daily Dose of Internet below, we’re able to join in on the situation that ended up being pretty scary. As we got quite the adrenaline rush on this side of the screen, we can only imagine what it was like to actually be a part of the real deal. 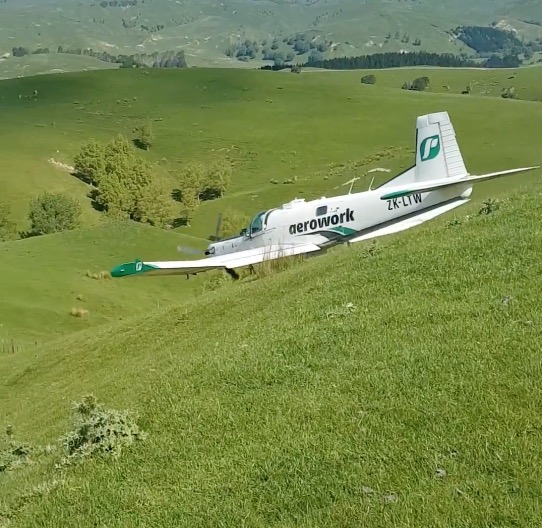