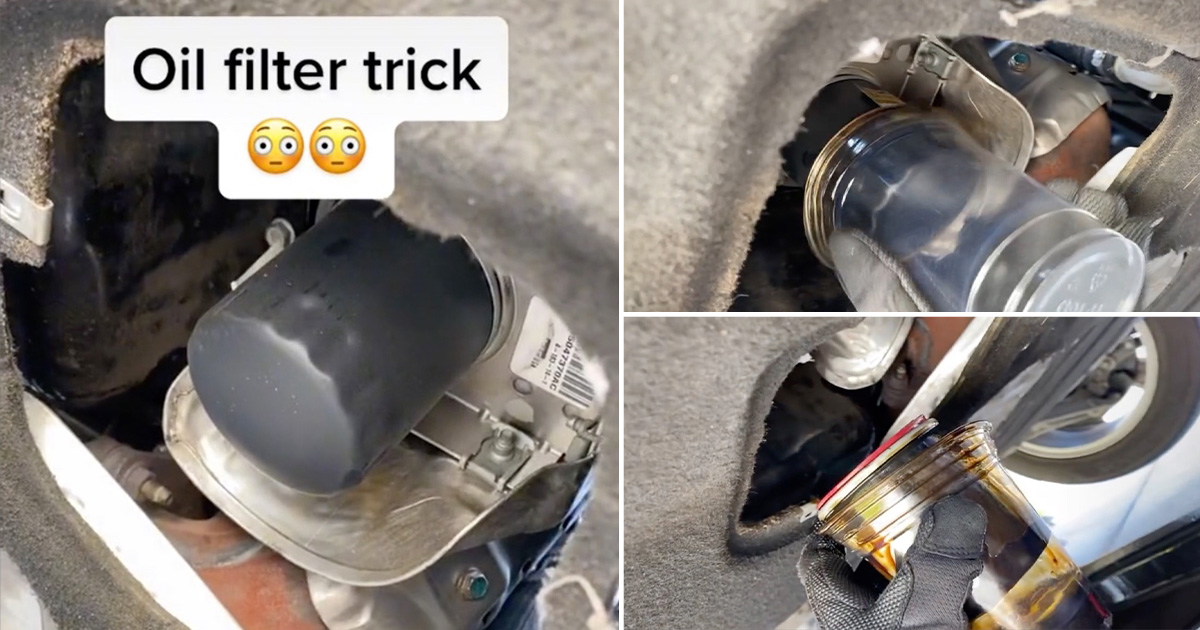 If it weren’t for the internet, many of us would be in a much worse place when it comes to our talents and abilities. It’s pretty crazy to think that there was a day and age when people didn’t have access to YouTube or TikTok to learn how to do certain things. I know that I speak for a wide variety of mechanically inclined people when I say that we have learned a lot about wrenching on our vehicles by watching how-to videos and picking up pieces of knowledge along the way.

As somebody who would say that they know their way around the garage pretty well, I have to admit that I caught one video on TikTok that took me off guard, showing me that maybe I still have a couple of tips and tricks that I’ve yet to learn.

If we’re talking about changing the oil on a vehicle, typically, it’s seen as a job that’s relatively simple and can only be done in one way. However, one creative mechanic who posted on TikTok by the name of @thats14_z06guy showed us a handy trick that you can add to your oil change routine that might save some of the mess if you’re somebody who tends to spill oil all over the place.

Below, we watch the video that takes a simple plastic cup that you might get from somewhere like Dunkin’ Donuts or McDonald’s. By wrapping the cup around the oil filter and squeezing it while turning the filter off instead of just loosening the filter by hand, all of the residual oil that drips out with the filter will be caught by the cup, creating a much cleaner oil change situation.

I guess that, at the end of the day, it turns out that TikTok isn’t just for dancing but instead can provide some pretty insightful videos like this as well.