When drivers attempt to break out their skills and go after a challenging hillclimb, ...

When drivers attempt to break out their skills and go after a challenging hillclimb, most of the time, drivers will exhibit no signs of quit in their game.

For the driver behind the wheel of this Polaris RZR, quitting wasn’t an option, but after several tries, the alternative that prevailed would en up hurting just a little bit.

We watch as the throttle was pressed down and the rig tries its hardest to make this climb possible but ends up rolling over backwards and tumbling down the hill instead, suffering its fair share of bangs and bumps along the way.

Check out the video below that shows the long descent to the ground. The driver did end up being alright overall, but he tells the MadRam11 camera that he’s feeling just a little bit sore and he thinks that the RZR will be needing a little bit of suspension work and a fix to the roll cage. 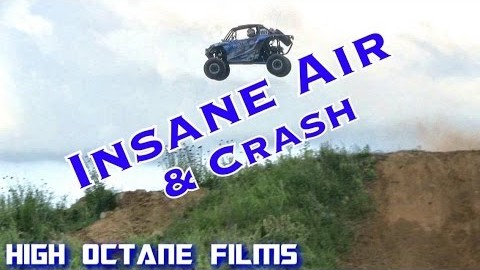