Sportbike Runs From Police, Almost Gets Hit by a Cop at 125MPH 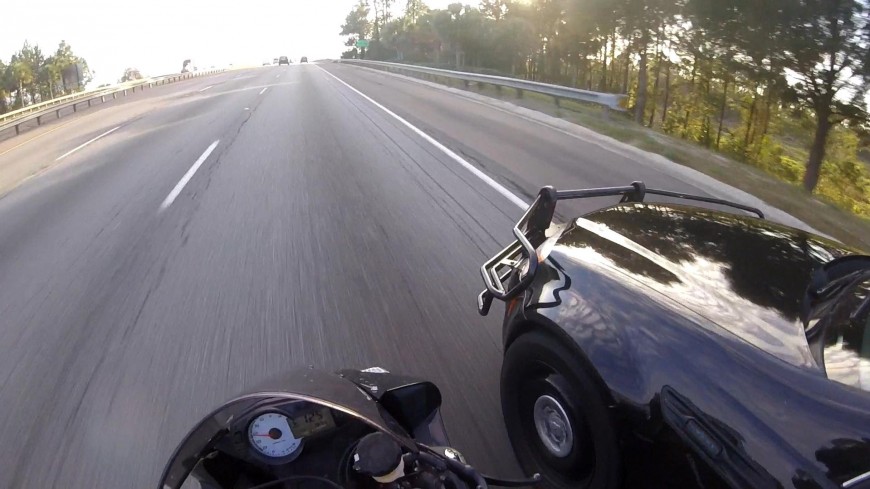 Running from the police probably is never your best course of action, but one would think that most of the time, while on a motorcycle, the police wouldn’t bother to give chase as it could get mighty hairy out there for little payoff.

This rider found out the hard way, however, that the police would chase him and do whatever they could to detain the rider who apparently was worth the risk.

We watch the video as several police officers attempted to bring the rider in and one even makes an especially extreme maneuver that might have crossed the line!

Check out the video below as the rider ducks and dodges the cops and at around the 3:55 mark, it would appear that a cruiser even attempts to bump the rider off of the bike at a high rate of speed! What do you think of this maneuver?