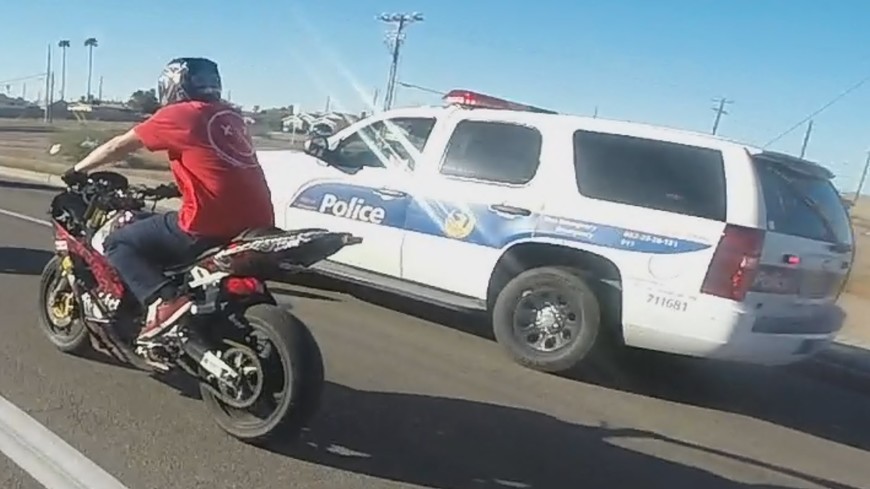 If you have never seen some of the crazy tricks pulled off by stunt riding motorcycle owners, then you’re truly missing out on some adrenaline pumping action.

This time, We catch up with a rider who doesn’t seem to have much respect for authority as he sees a police officer driving next to him and immediately after does the unthinkable.

Generally, riders will be caught in the act by officers, but this time, the rider begins stunting after he saw the police officer roll up on his group.

Check out the video below as the bikers surround the police officer and their buddy pulls off a couple of stunts. These guys are straight up insane!