Now I know that the readers of this article are going to be a bunch of good law ...

Now I know that the readers of this article are going to be a bunch of good law abiding citizens.

However, I think that just about everybody who has had a sports car and also had red and blue lights illuminated behind said sports car has wondered if they would be able to out run the police vehicle in question.

In pretty much every situation, doing something like this isn’t going to be a great idea. At the end of the day, even if a car is faster than the police vehicle in question, the odds that someone’s going to be able to out run a radio and maybe even a helicopter are probably not all that good.

This time, though, for the sake of science, we check in with one of the premier vehicles on the performance car market in a Nissan GT-R and put it up against the likes of a Ford Explorer police cruiser. The action goes down at Bandimere Speedway as the fully outfitted police cruiser steps to the plate.

To say that this race is unfair would be about the understatement of the century. Not only does the Nissan have incredible acceleration off of the line, it also has the top end speed to match. In words, the second that this race started, it was basically over as the pursuit vehicle never even had a shot.

We don’t think this is necessarily the biggest surprise and there would probably be an even bigger gap as the GT-R, in a real-world situation, would likely get a rolling start while the police cruiser would be stopped. Down in the video below, we get to see just how serious this gap might be.

At the end of the day, we don’t think that this changes all that much about how one should act when a police officer is attempting to pull them over. It is pretty interesting to watch, though. 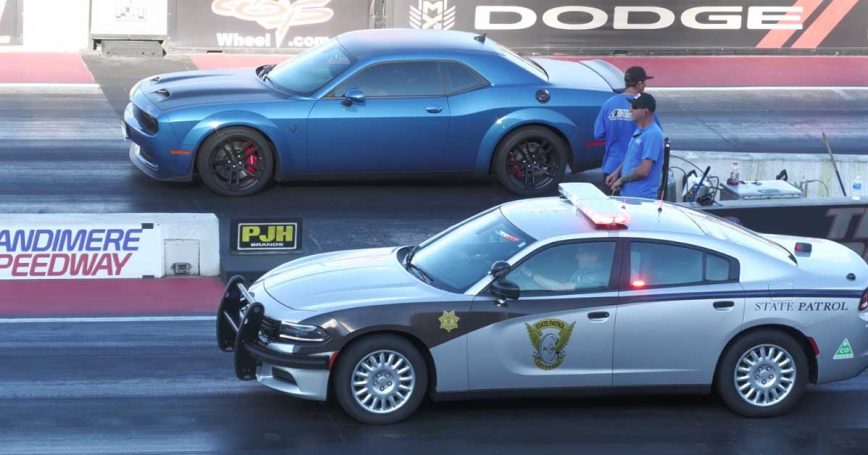